Expect the oil price to rebound — but with a low ceiling 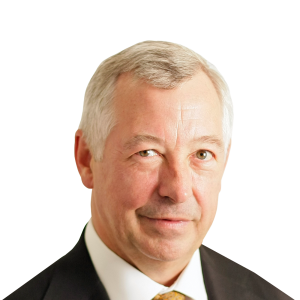 The writer chairs the Policy Institute at King’s College London

At just $36 for a barrel of Brent crude $32 for the US benchmark West Texas Intermediate, oil prices at the end of last week were back in real terms to the level of the early 1990s.

The cheering message for investors and companies in the sector is that there are a range of countervailing forces that will ensure some measure of recovery over the next few weeks. The less good news is that a number of other factors will set a ceiling on any significant price rebound.

On the upside, some production, particularly in the US shale business, is uneconomic if prices are below $40 a barrel and can be capped relatively quickly. The International Energy Agency has already predicted a fall of more than 600,000 barrels a day through the rest of this year and that could well increase given the financial difficulties facing a number of operators

When the fall in shale output starts to occur, the prospects for a new quota arrangement between the oil-exporting countries — Opec plus external states such as Russia, Brazil and Mexico — to take more oil off the market will improve. Regardless of the noise and theatre since Opec’s meeting earlier this month, every single one of the countries involved — not least Saudi Arabia, despite its dramatic move in increasing production — has an interest in getting prices up again.

According to one estimate published last week, all the major producers face serious budget deficits at current prices. Many are already indebted. A new Opec quota will have to involve a substantial cut — at least comparable to the fall in Chinese demand.

That brings us to China. Current demand from the country is certainly down, perhaps by as much as by 1.8m b/d, according to the IEA’s estimate, contributing to a global fall in demand of 2.5m b/d from that previously predicted for the first quarter.

Opec’s current estimate of global demand for the whole year is down just over 900,000 b/d on previous forecasts. That sounds a lot but is still less than 1 per cent of total global consumption and, crucially, suggests that despite the economic damage done by the virus, oil demand will end up higher this year than in 2019.

The downturn we are seeing is a temporary rather than a permanent contraction. In the areas of China worst affected by coronavirus, the epidemic appears to have passed its peak and soon the Chinese will go back to work. Oil consumption should return to pre-crisis levels, with imports of 10m b/d or more.

Finally, governments are already producing stimulus packages. The US Congress is debating the content of one and the EU agreed a €25bn stimulus last week. The scale of the Chinese response remains uncertain but the $500bn of spending used to offset the impact of the 2008 financial crash could provide a yardstick.

The question is, how far will the bounceback in the oil market go? With a further cut of perhaps 1.5m b/d by Opec, and some support from outside the cartel — perhaps including Russia and a cap on US shale production — we could get to $45 or $50 by the end of the year, or sooner.

The market is very volatile and the price fall has been due to speculation rather than fundamentals. The drop may have been almost 50 per cent since the start of the year, but on the IEA’s expected numbers for the first quarter, actual demand for oil is down by less than 3 per cent.

The ceiling on price is set by the overhang of potential supply. Given the need for revenue, there is a great temptation for Opec members to breach their quotas and sell more. In addition, any one of the exporting countries now effectively out of the market because of sanctions or conflict (Iran, Venezuela or Libya) could come back if the immediate crisis triggers political change.

Most important of all, the US shale producers living on debt will have every incentive to restore production as soon as prices begin to edge up. There will be a bounce, but the ceiling could be quite low.

The two conclusions from all this are, first, that prices revert to the fundamentals regardless of speculation; and second, that Opec countries and other producers face a long period when they can only influence prices by sacrificing their own production volumes.

There is more potential supply than effective demand, for oil and for energy in general. We live in an age of plenty and companies and investors have to become accustomed to surplus capacity and price deflation.