These exciting cuvées should give a flat year some sparkle

We’ll send you a myFT Daily Digest email rounding up the latest Champagne news every morning.

Champagne sales have had a bit of a wobble this year. But that hasn’t stopped a number of houses from releasing cuvées that are really exciting – champagnes that find fresh ways to talk about winemaking and terroir, or venture where others have feared to tread.

Bollinger’s PN (£80 from thefinestbubble.com) is its first new cuvée for over a decade. Described as “little brother” to the ultra-luxe blanc de noirs Vieilles Vignes, it is designed to showcase Pinot Noir from different terroirs and years. It’s a non-vintage blend, but unlike most NVs, which are designed to be stylistically consistent, this recipe is weighted in favour of a different cru and base vintage every year.

The launch edition, PN VZ15, is based on Pinot Noir harvested in 2015 from Verzenay, a cru renowned for its structure and freshness (the code VZ15 is what gets chalked up in the cellars). And it is very good: crammed with expressive golden stone fruit, fragrant fig leaf and ripe flesh, cut with a mouth-watering salinity. 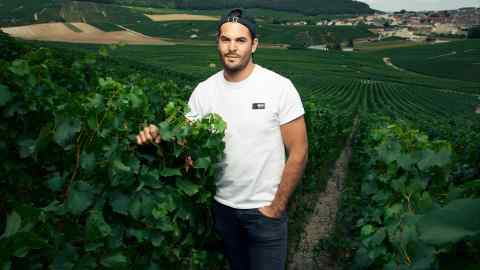 “Champagne lovers are becoming more and more discerning,” says Bollinger general manager Charles-Armand de Belenet. “They want to know about regional specificity, and the differences between vintages and the character of different plots. We realised there was a strong need for a cuvée that took them on a deep dive like this.”

The idea for Bollinger PN is smart and the bottle is sexy too. For serious Bollinger fans, though, the real interest will come several years down the line, when there are a number of different editions to compare and contrast.

Bollinger PN is designed to highlight where the juice comes from; Gosset’s new 12 Ans de Cave a Minima Brut (£90 from thewhiskyexchange.com) the way it is aged. Matured for an unusually long time on the lees (12 years) it boasts exceptional depth and breadth – all the sharp, apple-y acidity that makes Gosset so appetising, but filled out with biscuit-y, toasty notes. The age statement on the label speaks the language of a single malt. But this is a grown-up, gastronomic champagne – one to savour with comté cheese or pata negra.

2010 was a notorious year in Champagne, plagued by rot, so few made a vintage. Dom Pérignon took the plunge, and that gamble has paid off. Its newly released 2010 (£152 from clos19.com) is ample and fruity but underscored by fine, phenolic bitterness – less about flavour, and more about volume and texture. “It has a tactileness, a sapidity,” says cellar master Vincent Chaperon. “It’s a really physical wine.”

All these champagnes go against the grain. For sheer, old-school deliciousness, though, it’s hard to beat the new Charles Heidsieck 2012 (£100 from thefinestbubble.com) – a citrusy, smoky, creamy champagne that is rich yet almost weightless. One you could lay down for a few years. But I’d say carpe diem.