Could you be a super-hair-o?

Meet the young volunteers who have chopped off their locks to make 11,000 wigs for the Little Princess Trust

When Hannah Tarplee was diagnosed with a Wilms tumour aged four and lost her hair during chemotherapy, one of the difficulties her parents faced was finding a suitable wig. “There were charities offering lots of different services, but there was very little help available for [that],” says Wendy, Hannah’s mother. “At that time the NHS provision was a voucher for about £70, which just bought a synthetic wig.”

After Hannah died in 2005, Wendy and her husband Simon set up a charity in their daughter’s memory. Initially they helped supply cancer patients with real hair wigs at the hospital where Hannah was treated; today the Little Princess Trust has provided more than 11,000 wigs to young people up to the age of 24, all of whom have lost their hair to cancer or other conditions. The service is offered throughout all of the children and young people’s cancer treatment centres in the UK and Ireland, as well as in partner salons across Sweden, Portugal, Bulgaria and Germany.

Each wig – which would typically have a commercial price betweeen £1,000 and £2,000 – is made up of around 16 hair donations, tens of thousands of which are received by the charity each year. These are sorted by colour and length before being hand-tied into wigs, a process that takes around 60 hours. “Then we have to pay for wig fitters to carry out the fitting and the styling,” explains Wendy, who estimates production costs at around £550 per wig.

With no large grants, the Trust relies largely on volunteer donations from its supporters, many of whom are very young themselves. Seven-year-old Mae Bagladi decided to fundraise and donate her long locks to the charity after a documentary about children with cancer and other conditions that cause hair loss inspired her “to give other children the choice to have hair”.

“I watched a programme and a girl had cancer and it made me think I want to donate my hair because it is so long,” says Mae, who patiently waited for her hair to grow so that she could donate at least 16 inches – the length most needed for Little Princess Trust to be able to make wigs. “People might want hair but might not be able to have any, so they can choose to have a wig from people like me. It might help them to feel better.”

“Mae has only ever had a few trims of her hair before, so long hair has always been a huge part of her – so we know how much it means for her to do this for others,” says her mother Rachel Harrison. Meanwhile, HTSI contributor Sophie de Rosée’s nine-year-old daughter Margot recently donated 12 inches of her hair and raised nearly enough money for three wigs so that other people could feel more confident and “have the joy of having hair”.

The impact of hair loss on children’s mental wellbeing and self‑confidence can be profound – and the charity and its donors are helping raise awareness around this. When 12-year-old Teiva Collins, a wig recipient and Little Princess Trust ambassador, was diagnosed with leukaemia in May 2019, her first question was: “Does that mean I’m going to lose my hair?” recalls her mother, Dawn. “It was pretty heart-wrenching. But I turned it around and said, ‘Yes you will, but we can have fun with it and get you different coloured wigs.’”

Dawn was then put in touch with the charity, who provided Teiva with two wigs during the course of her treatment – one blonde, to match her natural hair, and one a pale pink, which had been Teiva’s wish from the start. “I don’t think anybody really expects to be choosing a wig because they’ve lost their hair, so it was a bit odd,” says Teiva, who now spreads word of the charity’s services via her Instagram account, @teivaschallenges. For Teiva, the biggest difference the wigs made was in giving her the confidence to be among her school friends. “I felt like I fitted in more, because when I went in bald with a little hat on, I felt a bit different and a bit left out.”

Thanks to donations like Margot’s and Mae’s, in September the Trust opened a brand-new headquarters in Hereford. Housing a large stockroom and custom-built wig-fitting salon, the new space will allow the charity to knot and fit wigs under its own roof for the first time. For Wendy, the fact that the site has been named The Hannah Tarplee Building has made it all the more special. “There are no words for how wonderful it is that that’s the legacy,” she beams. “Hopefully that will be there for ever.”

Cancer is the leading cause of death by disease in children aged between one and 14, and research into less common strains remains underfunded. For the past five years the Trust has sponsored research into paediatric cancer: 80 projects have been funded to date, each focusing on finding kinder and more effective treatments for children, and the new headquarters will host conferences where scientists can present their findings. “It seemed like a natural extension of the charity’s objectives to fund research that could move us closer to a day where there might no longer be a need for our service,” says Wendy.

Still, the focus is on wigs – and the impact is more than just cosmetic, says Wendy, who receives frequent feedback from families reporting an improvement in their child’s state of mind. “When a child is diagnosed with cancer, of course the first priority is treating it successfully, but there is a person on the end of that diagnosis who just desperately wants some normality in their life and to retain as much of themselves as they can.”

“No words can describe the situations I’ve found myself in over the past 13 years,” adds Liz Pullar, the charity’s mobile wig fitter, who used to teach hairdressing in colleges before taking up wig work and joining the Trust. “It’s a different job, one that touches on a whole range of emotions. But to see that young person smile and feel more confident in themselves when they look in the mirror is absolutely priceless.” 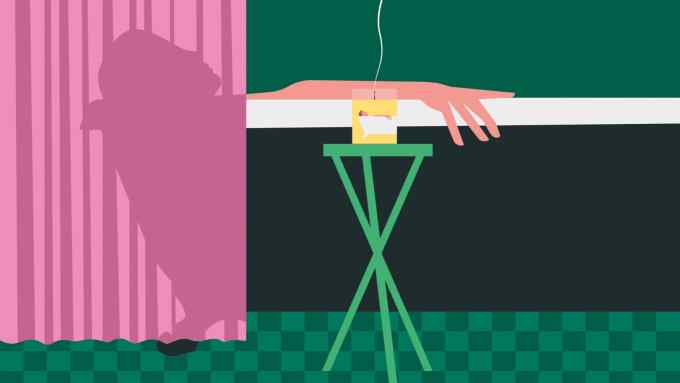