The writer is associate professor in early modern history at the University of East Anglia, and author of ‘Rummage: A History of the Things We Have Reused, Recycled and Refused to Let Go’

The creation of a circular economy requires cultural change. Currently, the issue is linked to the appearance of virtuous skill in parsimony. Many of us have “that friend” who likes us to guess how little they paid for something desirable from a charity shop. But while they have good intentions, someone else’s bargain rarely inspires joy.

While such boasting may indicate how far we have come in rejecting conspicuous consumption, reusing and recycling are not novelties. If we look to the past, where repurposing was common, we might make reuse unremarkable and everyday again. This would require a change of attitude towards discarded objects, a change in our material culture.

Recirculation of cast-offs was once a more private endeavour. Items were sold directly to bottle and rag men, or marine store dealers like the Dickensian Krook in Bleak House. Then, as material availability increased for the rich in the 19th century, and for all in the 20th century, less stuff was sold on.

Those with plenty have little incentive to reuse. When glycerine ran short in 1918, even Yorkshire folk, known for their thrift, needed a nudge to exchange waste bones for cash. More recently, local authorities’ kerbside recycling collection programmes further have alienated us from the habit of material transformation.

In the past, much material investment was in the form of running repairs — literally stitches in time. Moth holes were darned, often “invisibly”, by nimble fingers.

The modern clothing company Toast, recognising its customers’ desire to extend the lives of fine clothes, now offers darning services in the UK. Not always invisible, these repairs may incorporate inventive additions to enhance the original garment while adding new layers of ownership. It has also started a clothes swap scheme.

The popularity of the BBC television series The Repair Shop reveals the appeal of stories that entwine objects and emotions: repairing one extends the other. The next step is to develop our own repair skills, to invest in material longevity. It would be nice to have “that friend” who likes us to guess the things they have mended.

Jumble sales, invented in the late 19th century, were significant for the way they stood apart from industrial and specialised reuse

One strand of our culture links spiritual purity with freedom from materials, but the Marie Kondo approach of prioritising objects that bring joy is necessarily wasteful. Minimalism is a luxury we afford ourselves too easily: perhaps we should keep materials that might be transformed joyfully later. In becoming skilful recyclers — or participants in a circular economy — we can revive and cultivate skills.

The DIY craze in the 20th century saw sheds fill with old jam jars packed with bits for tinkering. Mending needs dedicated workspaces and storage for tools, so modern renters are often denied the optimism of repair — like the slum dwellers barred from the model tenements of Victorian London because they were not allowed to store supplies. Restrictive leases restrict reuse: a circular economy needs reforms in the rental market.

FT SeriesThe future of design
Can we fix it? How lockdown made DIY fans of us all

Jumble sales, invented in the late 19th century, were significant for the way they stood apart from industrial and specialised reuse. They were a way for communities to raise funds while recirculating belongings locally. At some sales, organisers stopped second-hand sellers snapping up the bargains, “so that the impecunious be not done out of a good thing” by “cuter folk not in such sore straits”. Reports highlighted the “heterogenous odds and ends” on sale. These are terms to which we should return: bits and bobs, odds and sods. Reconceptualising “second-hand” in the modern economy takes us beyond the world of finished, whole, objects.

In the mid-19th century, waste cork dust was rolled into a rubber base (incorporating waste) to make kamptulicon, a durable floor covering. When superseded by linoleum, old kamptulicon was cut into sturdy chopping boards.

Modern life is object-centred. Citizens of the past, used to making their own things, needed to source materials and developed the habits of marshalling, most obviously during wars and periods of austerity. Our foremothers would be shocked by modern patchwork-makers who buy new fabrics to chop into scraps.

Recently, I was in Norwich Cathedral. The baptismal font is a repurposed vessel from a Rowntrees chocolate factory that closed in 1994, linking local history to the community’s newest members.

Thinking about the potential of materials, rather than the finished objects, is future-thinking. It provides room to develop new skills, helps protect the environment and promotes the continual circulation we see in nature. It is a habit we would all do well to reacquire.

READ MORECircular Economy
How to deal with farmers’ love of plastic 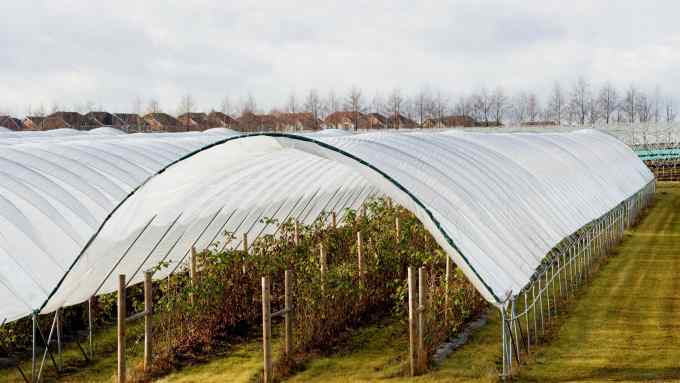