Since humans mark time by the orbits of the Earth around the sun and the moon around the Earth, it is inevitable that horologists are fascinated by astronomy. As the headquarters of Jaeger-LeCoultre in the Jura town of Le Sentier are situated on the 46th parallel of the northern hemisphere, the company's watchmakers are quite familiar with the constellations to be seen directly above.

And to prove it, the brand has produced this new version of its Master Grande Tradition Grande Complication watch in the form of a 16-piece edition featuring a dial meticulously decorated with the appropriate star chart surrounded by a delicate filigree cage to form what is described as a 'celestial vault'.

Orbiting the star chart is a flying tourbillon regulator that turns on its own axis every 60 seconds and makes an entire, anticlockwise circuit of the dial each 'sidereal' day (the 23 hours, 56 minutes and 4.1 seconds it actually takes for the Earth to make a full rotation) and, at the edge of the disc on which the chart is depicted, a golden, sun-shaped pointer shows the date, month and relevant Zodiac sign while also serving as a discreet second timezone indicator.

But as impressive as it is, the highlight of the watch is not its astronomical display but its ability to provide an audible indication of the time through what Jaeger-LeCoultre says is as “a minute repeater for the modern age”.

Repeater watches date back to 1687 when London maker Daniel Quare was granted the first patent for a quarter repeater watch (giving the number of quarters past the hour on demand) before the first minute repeaters, capable of sounding the exact number of minutes past the hour, were later developed in Germany and Britain.

Repeater watches were originally made in order to make it possible to keep track of time in the candlelit gloom of the pre-electric era, but a combination of their beguiling sound and the admiration of collectors for the engineering that goes in to them has not only kept this now-irrelevant function alive, it has led to it being developed and improved.

In the case of the Master Grand Tradition Grand Complication, that means hinged hammers — based on the principle of a medieval catapult — that are attached to the inside of the watch case and strike tiny, square profile gongs soldered directly to the synthetic sapphire crystal, which serves as an efficient resonator to amplify the sound.

Just eight examples of the watch will be made from pink gold and eight from white gold — with respective price tags of €340,000 and €420,000 apiece. 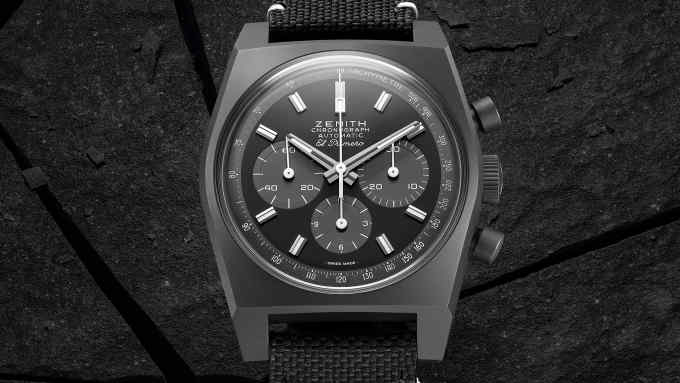