Deglobalisation: will backlash against Russia lead to downturn in open trade?

Dockworkers in Los Angeles have seldom been busier. America’s biggest port reported its highest-ever level of activity for the month of February in its 115-year history, reflecting record trade volumes globally.

Yet the surge in activity comes as policymakers, economists and investors fear that globalisation may have peaked after 30 years of growth. Some even predict that trading volumes may suffer a sharp reversal as disputes between leading nations intensify after Russia’s invasion of Ukraine and as companies strive to build more resilience into global supply chains.

It would not be the first time a crisis triggered significant changes in trading patterns. Trade growth slowed sharply after the 2008-09 global financial crisis, shifting from rising roughly twice as fast as global gross domestic product to a similar rate. An earlier era of globalisation, linked to the industrial revolution and underpinned by the gold standard currency regime, was snuffed out by the first world war. Trade’s share of global GDP did not return to its 1914 level until the mid-1970s.

The challenge for globalisation advocates is to determine the scale of the potential reversal, including the impact on competition, supply chains and the hit to developing economies.

Are we witnessing a turning point for global trade?

Geopolitical pressures are expected to generate a large shift towards deglobalisation, with the boost to trade as countries recover from the pandemic being seen as a last hurrah before fresh barriers are erected.

Larry Fink, chief executive of the $10tn asset manager BlackRock, said the Ukraine conflict had “put an end to the globalisation we have experienced over the last three decades”. Companies and governments would be looking hard at their dependencies on other nations and seeking to “onshore or nearshore more of their operations”, he added.

Shamik Dhar, chief economist at BNY Mellon Investment Management, said trade patterns would be shaped by the return of great power politics and the prevalence of friendly trading blocs.

Even if Russia’s war was relatively shortlived, he said “the existing international economic architecture is increasingly peripheral to the big political economy questions”, with governments in future likely to “promote security interests at the expense of comparative advantage”.

Erik Nielsen, economic adviser to UniCredit, said it was inevitable “we are heading into a prolonged period of deglobalisation” — a process that would raise costs and prices for goods and services.

Financial officials have generally been more circumspect in their warnings, but Andrew Bailey, governor of the Bank of England, said last week that the world was at a “more challenging point” in terms of trade fragmentation than at the time of the global financial crisis, when countries largely avoided new tariffs or other measures.

Are the strains visible in the data yet?

No. The most recent global data produced by the Netherlands’ Bureau for Economic Policy Analysis showed that even though there were declines in trade volumes for China and emerging economies in January, as imports were hit by higher prices, overall global trade volumes hit a record level, about 9 per cent above pre-pandemic levels in December 2019.

This put global trade back above the trend level that it had sustained since the financial crisis.

Other indicators are still strong. Container shipping rates have fallen since Russia’s invasion of Ukraine, but are still almost double the levels of a year ago, with ports in every region reporting high levels of business and significant logistics bottlenecks.

If trade is strong, what is the concern?

Strong demand, high shipping prices and increased tariffs or punitive sanctions amid the Ukraine conflict are encouraging companies and countries to prioritise resilience over efficiency. The just-in-time manufacturing model has sometimes struggled to pass the test posed by financial crises, natural disasters, the pandemic and now a major war.

Bailey said the BoE was adjusting its thinking to take account of this. “It’s hardly surprising that businesses, given what they are having to deal with, are making adjustments. Inventory levels are going up because they are having to respond rationally to the challenges they face.”

The west’s move to block Russia from accessing its foreign exchange reserves suggests it is not safe for countries to hold reserves in dollars if they think they too might one day face US sanctions. Johanna Chua, head of Asia economics at Citigroup, said “the use of sanctions is going to drive demand for de-dollarisation”, giving China the incentive to internationalise use of the renminbi for friendly trading partners.

Who will be deglobalisation’s winners and losers?

Its critics say globalisation cost jobs in the developed world and widened inequality in both rich and poor countries. But most evidence suggests it was better technology, rather than trade, that led to lower manufacturing employment, with globalisation able to lift efficiency and productivity.

The biggest winners in the past 30 years have been emerging economies that have integrated into the world economy and raised living standards. Emerging economies have generated 60 per cent of global growth in recent years, compared with 40 per cent in the early 1980s, according to IMF figures.

Rates of absolute extreme poverty have fallen significantly, especially in Asian countries that have become part of the global economy. The number of people classed as living in extreme poverty fell from 1.9bn in 1990 to 650mn in 2018, according to the World Bank.

Lower-income workers in advanced economies did lose out because of the greater competition, though this was offset by cheaper prices of goods and services.

Deglobalisation would decrease the efficiency of companies by raising prices and lowering competition, said Posen. The poorest countries would also be hit as multinationals refrain from “investing in places that they see as having undependable transparency”, he wrote in Foreign Affairs magazine.

With any reversal predicted to slow growth, UniCredit’s Nielsen said a deglobalised world would be “vastly inferior” to the past 30 years of open trade.

​Letters in response to this article:

Get alerts on Global trade when a new story is published 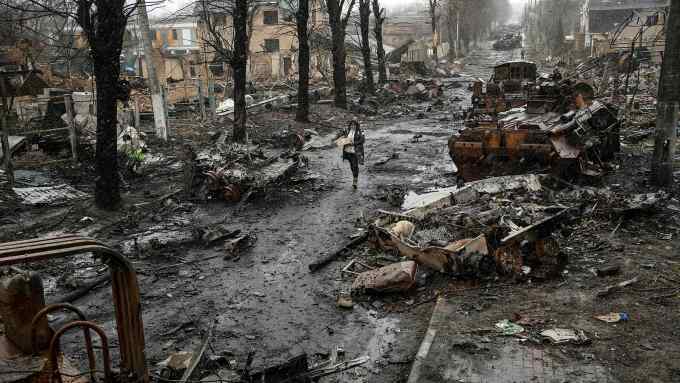