Can we make investing in education add up?

A lack of reliable data and focused, co-ordinated strategies are holding back progress

Search the web for signs of progress towards the UN global goal of quality education for all by 2030 and you quickly make two gloomy discoveries: the sluggish trends themselves and the limitations of the tools to track them.

The statistics are stark: hundreds of millions of children around the world still do not go to school or drop out early if they do, and many fail to acquire basic literacy and numeracy skills, even if they attend classes. That leaves the coming generations — and their communities and countries — unable to achieve their potential, impeding human and economic development.

Just as concerning as the shocking numbers is the fact that, behind the facade of slick online data dashboards and visualisations, the hyperlinks are often broken and the information provided is inconsistent and outdated. Countries report in multiple ways, and many have not produced useful domestic, let alone internationally comparable, snapshots of their performance for years.

Some research even suggests educational attainment has been regressing in lower-income countries in recent years . . . despite substantial sums spent

That reflects a range of halfhearted projects to track and improve educational attainment. Many lack focus and momentum. As Kevin Watkins, the former head of Save the Children, argues in this report, it points to a lack of meaningful measures, accountability or ambition among policymakers and funders to ensure greater and urgently needed improvement takes place.

Some research even suggests educational attainment has been regressing in lower-income countries in recent years. That is despite the substantial sums spent and a steady growth in the number of teachers and schools intended to raise children’s chances. Quantity has displaced quality.

Measurement can be dangerous: too narrow a focus risks being reductive and leads to the gaming of systems, distraction from more important priorities that are difficult to measure and a diversion of resources from where they are most needed. But as Lant Pritchett, a development economist, points out, what doesn’t get measured certainly doesn’t get done.

As we describe in Senegal, South Africa and India, tailored “foundational learning” to nurture basic literacy and maths is an essential building block that has received insufficient attention. Our case studies in Lebanon and Mexico illustrate how coronavirus has compounded existing problems such as migration, poverty and overcrowding, triggering fresh setbacks and concerns over growing learning loss around the world.

Classrooms in many countries have been closed for months and access to online study has been uneven. Many governments — struggling to prioritise fresh demands on top of servicing debt — have yet to attain the 2015 Incheon Declaration targets of 15-20 per cent of public spending on education. Donor contributions have dropped as economies slow and politicians concentrate on domestic needs.

Educationalists often point with envy to the health sector, which has managed far more effectively in recent years to mobilise large volumes of funding

Educationalists often point with envy to the health sector, which has managed far more effectively in recent years to mobilise large volumes of funding and bring about significant improvements in life expectancy and a reduction in mortality and morbidity. But there are at least two fundamental differences.

First, ill health is easier to diagnose and more visible, and the treatments given in response are often highly effective and rapid, providing tangible evidence of benefit, including for workers and voters. That makes investments more compelling for politicians to support. Education, by contrast, is more opaque: the causes of poor attainment in children are less clear, the solutions more complex and protracted, and the consequences are sluggish to manifest.

Second, health is a mixed economy that combines public, private and non-profit funding, and provision and tools such as innovative drugs, vaccines and diagnostics. The role of the private sector in education is far more ambivalent: “edtech” is often overhyped and inappropriate, especially in low-income settings; providers working outside the state system frequently increase inequality and their performance is mixed at best, as we report from Liberia.

Yet, argues the Nigerian businessman Aliko Dangote, business can play a role, at least in working with policymakers to encourage more investment and identify better where to spend to nurture the skills and characteristics needed for the coming generations.

With delegates gathering this week for the IMF-World Bank annual meeting, education ministers need to find the right language to convince their finance counterparts to make commitments — and follow through. As Kenya’s President Uhuru Kenyatta argues, improvements need leadership from the very top of governments.

READ MOREInvesting in Education
Can edtech deliver on its pandemic promise? 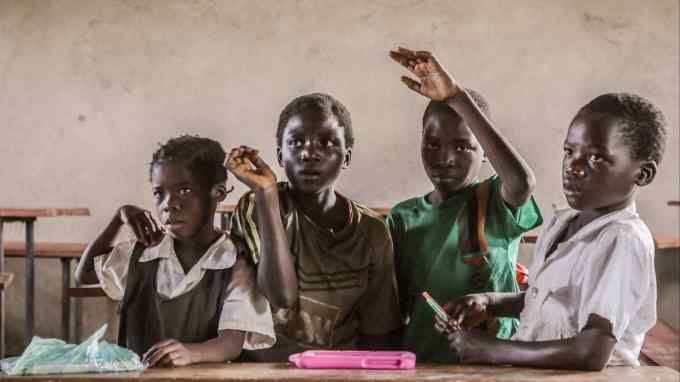