Designers have really done their homework this autumn

Whether repressively frumpy or a canvas ripe for customisation, school uniforms are indelibly etched in our earliest sartorial memories. Now those dress codes are appearing in this season’s collections, from checked blazers to pleated skirts and shirts with ties.

For Parisian label Coperni’s founders Sébastien Meyer and Arnaud Vaillant, their AW22 show, in which models strode down a catwalk flanked by metal lockers, was a “tribute to the school corridor – and the fact this place represents one’s first runway in life”, explains creative director Meyer. “We all went through this. It’s a place filled with judgement, pride and insecurities that help build our personality.” Drawing on late 1990s cult teen films such as The Virgin Suicides and Cruel Intentions – as well as Meyer’s own experience – the collection runs the gamut of student style, from school blazers rebelliously twisted to reveal a flash of midriff to a bubblegum-pink latex dress fit for prom night. “I grew up attending a military school where the uniform was mandatory, which had an important impact on me,” adds Meyer. “I would always enjoy twisting the uniform – the way the collar was turned up or the length of the hem. Everything was in the detail.”

Fashion historian Emma McClendon, who curated the 2016 Uniformity show at The Museum at FIT, says designers have been referencing school uniforms for decades – she points to Rudi Gernreich’s 1967 autumn collection as an early example of a designer subverting the signature elements. Today’s interpretations, however, have a contemporary feel, inspired by modern teen dramas such as Euphoria and Sex Education, and the resurgence of Y2K fashion. “When I first saw that super-cropped khaki Miu Miu skirt with the pocket bags coming out the bottom of the skirt, it made me think of these incredibly short, pleated miniskirts that Abercrombie & Fitch put out in the early 2000s, and shows like The OC,” says McClendon. “There’s this new riff on that look coming out of the general interest in the era, particularly from Gen Z.”

“Cropped cut-and-sew tops for the youth market have really blown up since the ’90s and Y2K trends have boomed,” adds WGSN’s senior womenswear strategist Laura Yiannakou, “and the Miu Miu polo-shirt style definitely offers a new sartorial spin within this category.” If wearing a cropped polo shirt and belt-like micro skirt feels too risqué, there are plenty of other ways to tap into the trend. “What’s great about this new take is that it feels fresh and modern through layering, silhouette and colour, but when you take the look apart – the blazer, the shirt, the pinafore – they’re all timeless, sartorial classics that will transcend micro trends and last beyond a single season,” says Yiannakou. 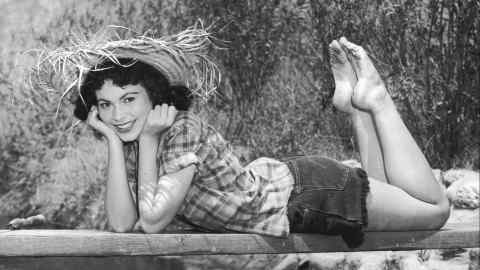 New York designer Thom Browne has built a blockbuster brand based on reinterpreting and subverting dress codes – from school uniforms to suiting. “It’s the idea of uniformity, and the uniform representing a group as opposed to an individual,” says Browne, whose AW22 show offered a childlike take on his trademark tailoring, with gold-buttoned schoolboy jackets, brightly striped repp ties and checked pleated skirts. Browne, whose personal uniform consists of his signature “shrunken” grey suit, also requires his employees to wear a Thom Browne uniform. “I think it shows a real sense of confidence, people who adopt a uniform for themselves, and a real sense of their own style,” says Browne, “and you see so much more of the true individual in a uniform than I think people realise.”