Start a 4-week trial
US banks

Bank of America and Citigroup revenues decline as lending stalls

We’ll send you a myFT Daily Digest email rounding up the latest US banks news every morning.

Bank of America and Citigroup reported declining revenue on Wednesday as low interest rates and shrinking loan books continued to weigh on the largest US banks, but some executives said the industry may be at an inflection point.

“Companies need to build inventory, hire workers to meet the growing customer demand,” he said. “This virtuous circle of hiring workers and meeting customer spending will help drive the economy.”

BofA’s second-quarter revenue fell 4 per cent from the same period a year ago to $21.5bn, less than the $21.8bn expected by analysts, according to FactSet figures.

Total loans fell 12 per cent, driven by a 30 per cent slide in lending in its global banking division, which caters to companies.

While credit card spending by BofA customers surged 46 per cent in the second quarter, and it added nearly 1m new credit card accounts from a year ago, loan balances in that business declined 15 per cent.

A strong rebound in consumer spending after the sharp decline in the doldrums of the Covid-19 pandemic has not yet translated to higher card balances. More people are paying down balances before the banks can earn interest on them.

Citi said revenue in its North American branded cards business — the growth engine for its global consumer bank heading into the pandemic — fell 12 per cent due to lower volumes.

Overall, Citi reported a 12 per cent slide in total revenue, and end-of-period loans that were down 3 per cent from a year ago.

Among executives at banks reporting this week, Moynihan at BofA took the most bullish stance on the outlook for loan growth, saying commercial lending “can’t go lower”, though Citi also signalled it expected consumer spending to translate into loan growth this year.

JPMorgan Chase, the largest US bank, was less optimistic when it reported earnings on Tuesday. Its chief financial officer, Jeremy Barnum, said “calling bottom is a very dangerous thing”. 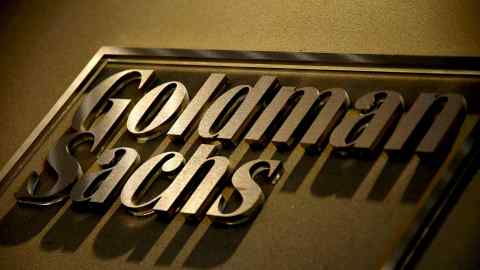 Banks have struggled to increase lending revenue since the Federal Reserve cut interest rates to near zero and fiscal and monetary stimulus programmes reduced appetite for new loans.

Elevated fees from trading helped obscure declines in banks’ core lending portfolios through most of last year, but those waned as markets calmed from the frenetic trading during a surge in volatility from the height of the pandemic. Sales and trading revenue at BofA dropped 19 per cent in the second quarter from a year ago, while Citi’s market revenue fell by a third.

Investment banking helped offset the trading decline at Wall Street giants JPMorgan and Goldman Sachs, which reported double digit-growth on Tuesday. However, the business of advising on mergers and corporate fundraisings provided less respite to BofA and Citi. Both grabbed a lower share of global investment banking fees in the first half of this year, according to Refinitiv data.

Investment banking fees at BofA were flat in the second quarter, while at Citi they rose just 1 per cent.

The faster than expected US economic recovery allowed them to release billions of dollars set aside for pandemic-induced loan losses that never materialised.

Citi reported second-quarter profits of $6.2bn, or $2.85 a share, compared with $1.1bn, or 38 cents a share, a year earlier, after releasing $2.4bn in reserves. Analysts polled by FactSet had forecast earnings of $2.02 a share.

Get alerts on US banks when a new story is published