How to get perfectly naked nails

“If nail polish is the make-up, nail care is the skincare,” says Gaëlle Lebrat Personnaz, founder of “green” nail brand Manucurist. “Compared to skin, nails are often forgotten until they become visibly damaged, or break.” But as nail art trends veer towards the understated – barely there French manicures or clear gloss over an otherwise immaculate nail with a perfect half-moon – the focus has shifted to the naked nail. It’s a sobering thought for those who have hidden behind the seeming perfection of a gel manicure for the last decade or so.

The use of semi-permanent (commonly known as “gel”) manicures is often blamed for fragile, brittle nails, but newer, “greener” formulas are changing that. It’s also argued that much of the damage done by gel comes from home removal (or being unable to resist picking at chipping polishes that need professional removal).

Lebrat Personnaz points out that new European legislation, applied in the wake of an increase in the use of at-home gel kits over the last few years, now restricts semi-permanents to professional use. “Our Green Flash gel polish [£19], the first clean alternative to the classic semi-permanent, is the only one authorised in Europe for at-home use and can be removed at home with our 97 per cent bio-sourced, acetone-free remover.” If clients come to the brand with very damaged nails, she recommends first treating them for a week with Base SOS (£16 for 15ml), which contains vitamins B and C and AHAs to moisturise and strengthen the nail.

Most nail experts will agree that when maintaining healthy nails, filing is preferable to cutting. However, if nails are very damaged or splitting, Sonia Hully, founder of nail-health-focused brand Nailberry, says that cutting them might be necessary for a short period, until they recover. She suggests applying a treatment such as her Acai Nail Elixir (£19.50), a moisturising argan and baobab oil-infused formula with an amino acid compound and keratin peptide to help harden the nail and protect against breakage. She also advocates for occasional complete breaks from semi-permanent manicures.

Working from the inside-out applies to improving nail health as it does for skin – lacklustre hair and nails often being an early sign of issues elsewhere. “White spots on nails may indicate a lack of zinc or calcium,” says Hully. “When I’m using a nail and hair supplement I look for formulas rich in iron, collagen and vitamins A, B (biotin) and C.”

The so-called “Japanese” manicure, a polish-free treatment designed to improve the natural appearance of the nail, offers a chance at rehabilitation. It aims to strengthen the nails over time, giving them a lustre that is “intended to replicate the look of a sea pearl,” says Magdalena Kaczorowska, a therapist at KX London in Chelsea, which is offering the treatment to members (and to the public from February, £45 for 45 minutes).

Kaczorowska uses Japanese brand P.Shine’s dinky kit, which, despite its artificial-looking 1950s-esque pastel pots, actually holds an all-natural formula. A paste – containing vitamin A and E, keratin, bee pollen and Japanese Sea Silica along with oils such as jojoba and ylang ylang – is gently buffed into the nail bed. These nutrients are then sealed into the nail with a powder containing diatomaceous earth (a mild abrasive also used in toothpaste) and beeswax. The end result is a soft, pale pink sheen – no polish required. “It’s particularly recommended for fragile, flaky or brittle nails,” she says, and the effects last about two weeks.

Manicurist Harriet Westmoreland, who has recently begun a global residency at Soho House (next stop: Rome in February), is a proselytiser for the importance of whole-hand care as the basis for long-term hand and nail health. “I use Dior Prestige Cleansing Scrub [£79] a couple of times a week to remove any dead skin and keep hands and cuticles well groomed,” she says. Her go to supplement is Wild Nutrition Food-Grown Skin, Hair and Nails (£32). And she swears by Augustinus Bader The Face Oil (£68 for 10ml) as an alternative to cuticle oil and, morning and night, a good hand cream. Current favourite? Les Mains Hermès (£88 for 100ml).

Still, like natural make-up, the natural nail look usually involves a bit of actual polish. Many of the sheer, minimalist looks on Instagram are created using gels. But is it possible to achieve that supremely polished finish without damaging the nail plate again? Westmoreland thinks so - as long as it’s left to the experts. “If a manicure is professionally applied and removed, it’s not damaging to the nails,” she argues. Her pared-back style has made ultra-slimline French tips look suddenly contemporary – and will prompt a rethink about gel nails looking artificial. The trend towards shorter nails also helps, “because it makes hands and nails look fresh, clean and healthy. They’re also easier to maintain.”

Westmoreland’s best advice for keeping things looking ultra-natural is a sheer base in a shade that compliments the skin tone much like a foundation (pink shades for warmer tones; creamy for cool). For professional manicures, her gel polish of choice is Bio Sculpture, which she tends to use in neutral shades like Creme, Rose and Spun Out Of Dreams. When using regular polish, she favours Dior Base Coat in Abricot (£22) – the nail art equivalent of a supremely flattering piece of underwear. 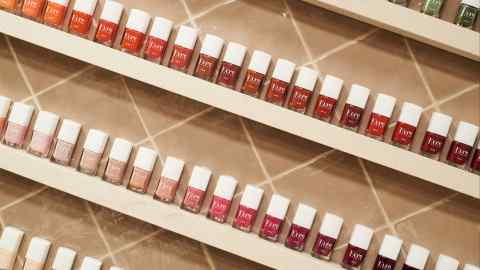 READ MOREHow to make the most of your natural assets
Goodbye, sore eyes 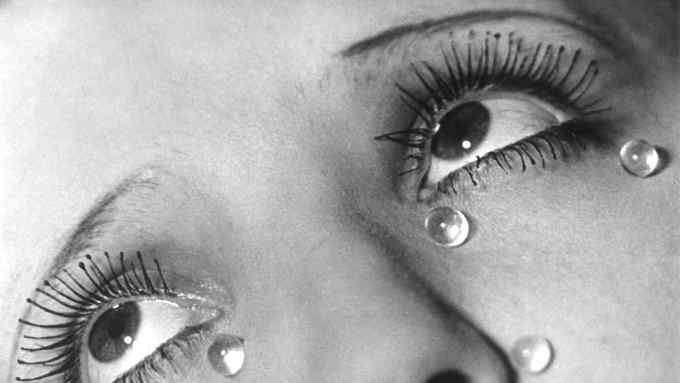