Media have big responsibility in the age of global warming

Nobody believes that buying a recycled T-shirt will save the world. But everybody has a responsibility to act in the battle to reach net zero. At present, it is being lost. As the latest UN environment programme report makes clear, the world is on track for global warming of up to 2.8C by the end of the century without implementation of current pledges, after what it described as a “wasted year” of inaction since COP26 last November.

Without concerted action from policymakers, regulators, businesses, financial services firms and individuals, we will continue to speed towards a future of extreme weather, with all the disastrous consequences this implies.

Climate change can still be slowed, or even stopped. Governments can change behaviour through policies; businesses can change behaviour through their operations and investments. However, one of the most important determinants of our success in reaching net zero is the media. Journalists have a huge role to play. So, what does responsible journalism in the age of global warming look like?

The importance of journalists holding companies and governments to account has never been clearer. Alerting the public to promises made but not kept is crucial in an age when business has become fond of slapping a “sustainable” label on products, from clothes to investment funds. In the UK and the US, regulators are catching up with the valuable work done by journalists to expose some of these claims as fallacious.

But, given the existential challenge that we face, journalists’ responsibility goes way beyond this narrow remit, and beyond the oft-repeated tropes of climate journalism — that businesses, governments, banks are not living up to their promises, and journalists’ only role is to bring that to the public’s attention.

Take the example of the Glasgow Financial Alliance for Net Zero (Gfanz), launched in 2021 and led by ex-New York mayor Michael Bloomberg, former Bank of England governor Mark Carney, and former Securities and Exchange Commission chair Mary Schapiro. It acts as a forum for the world’s biggest financial institutions to co-ordinate efforts to reduce carbon emissions.

To read much of the press in recent months, Gfanz is in serious trouble, losing members and abandoning its principles. The release of its latest progress report in October, which revealed that Gfanz no longer required its members to sign up to the UN-backed Race to Zero campaign, sparked a round of typical headlines: “Gfanz ‘quiet quits’ Race to Zero” (ESG Investor), “Carney’s financial alliance for climate change at risk” (Investment Week). 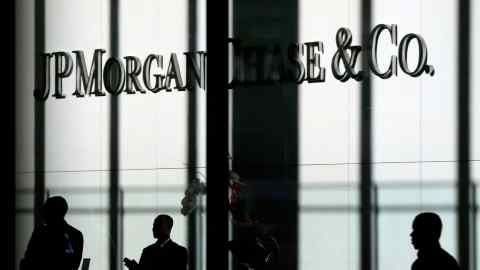 The reporting also misses the bigger picture. To join Gfanz members must still make — and, critically, stick to — commitments to science-based net zero targets across all Scope 1, 2 and 3 emissions by 2050, with interim targets in 2025 or 2030, while also reporting on progress.

Scope 3 captures emissions by clients and portfolio companies that the sector finances through lending and other services. Before Gfanz, at the start of 2021, not a single bank had set a science-based sectoral 2030 target that included its financed emissions. As of October 2022, more than 250 targets had been set across the Alliance. This would not have happened without Gfanz and the efforts of those who lead it.

We desperately need these coalitions and the joint action they drive. No initiative should be allowed to get away with greenwashing, but the negative media coverage is a deterrent to new joiners and not always justified by the facts.

More balanced reporting is needed, but there are other ways for journalism to contribute to solving the climate crisis — such as sharing best practice, reporting on innovation, or driving regulators and policymakers to go further, faster.

Although progress since COP26 may have been disappointing on the world stage, at the company level, there have been exciting developments. One is the joint effort of SSAB, the Swedish steel producer, energy company Vattenfall and iron ore producer LKAB to replace coking coal, traditionally used in steelmaking, with fossil-free electricity and hydrogen. They aim to create the world’s first fossil-free steelmaking technology, reducing Sweden’s CO₂ emissions by a tenth and Finland’s by 7 per cent.

Without a different approach from the media, initiatives such as Gfanz may not succeed

Reporting on innovations such as this does happen, but it doesn’t feature prominently enough. Companies bear some responsibility. They must build trusted relationships with the media and ensure this news is amplified. But the primary responsibility for seeking out these developments lies with editors and reporters.

As a former journalist myself, I understand journalists are allergic to advice from the “outside”. Resistance to external pressure is laudable and necessary to preserve the independence of the press, and I am not suggesting it should be in any way eroded.

But, without a different approach from the media, initiatives such as Gfanz may not succeed. If they don’t, the battle against climate change will not be won. And this is one battle where there are no winners, only losers.

Sarah Gordon is chief executive of the Impact Investing Institute, and a former FT business editor 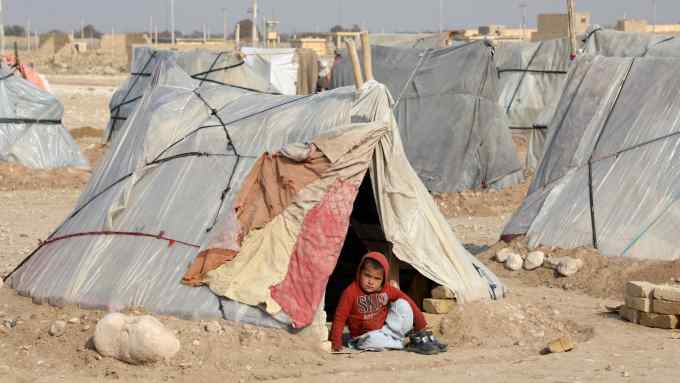