If you think the same, join us
Opinion On Wall Street

Alarm bells are ringing unheeded in a world yearning for optimism 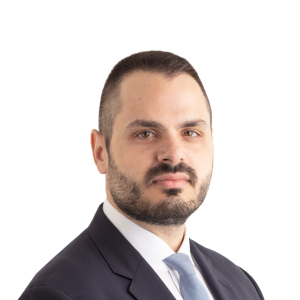 The alarm bells are ringing, but is it any wonder that nobody hears them? The world yearns for optimism. Witness the joy over a teenage Brit winning the US Open or the interest in the Met Gala, which landed on the front pages of major newspapers — including this one.

Even in financial markets, the gauge that much of the US public looks to as a barometer of our country’s economic wellbeing — the $51tn US stock market — has set record after record. And yet there is good reason to be anxious.

If a growing chorus of analysts on Wall Street is to be believed — and there is a compelling argument that they should be — the risks in one corner of financial markets are beginning to mount.

Investors have waved through deal after risky deal this year as they look for places to park their cash. The lending has been mammoth, swelling the US corporate bond market to nearly $11tn — more than a tenth bigger than it was at the end of 2019 before the Covid-19 pandemic, according to Sifma, the securities industry’s trade group. But the terms at which these money managers have agreed to lend have been astonishingly poor.

Credit rating agencies are already warning the seeds of the next crisis, or at least the next default cycle, are being sown today. The pain will be particularly acute in the junk bond and leveraged loan market. This is where riskier companies finance themselves and private equity buyout shops fund their takeovers.

Analysts at credit rating provider S&P Global this month cautioned that the rising risks of this market meant investors should demand more appropriate compensation to lend to it. But it turns out, “just the opposite is now true”, according to the analysts.

As just one example, Coinbase, the junk-rated crypto exchange that has found itself in regulatory crosshairs, this week locked in a 10-year bond with an interest rate of just 3.625 per cent. The US government paid less than half a percentage point under that to borrow as recently as 2018.

Marc Lasry, the chief executive of Avenue Capital Management, told a conference this week that his firm was passing on “hundreds of deals” with the view that in coming years, many borrowers will run into problems.

“There are a lot of knuckleheads out there and a lot of people are making huge mistakes,” he said. Those knuckleheads have agreed to weaker protections because so many other investors are willing to lend if they push back. The rally in stocks and slide in borrowing costs has made financial conditions in the US as loose and easy as they have ever been, an index compiled by Goldman Sachs that goes back to 1982 suggests.

Analysts at rating agency Moody’s estimated this week that a lack of investor safeguards would prompt private equity funds, which are big users of the junk bond and leveraged loan markets, to pay themselves chunky dividends to recoup the money they spend buying up companies.

And private equity has certainly been active. Leveraged buyout activity has already hit an all-time high, surpassing the 2007 record, according to Refinitiv.

Therein lies a problem. Moody’s own analysis of corporate performance during the pandemic showed that private equity-backed groups defaulted more often than the average high yield company. Excluding the oil and gas sector, 5.2 per cent of junk-rated US companies defaulted between 2020 and 2021. For private equity-owned companies, that figure stood at 8.4 per cent.

So why lend at such low rates when investors know how a default cycle will eventually play out? In a forthcoming paper in the Journal of Portfolio Management, New York University professor Edward Altman and Stanford University lecturer Mike Harmon argue that investors are lending based on expectations that are “aggressive and highly optimistic”.

“By underwriting to a set of possible outcomes at the bullish end of the probability curve, investors appear to be making a bet that is highly asymmetric to the downside,” they write.

In lay speak: in the years ahead these investors could be left on the back foot nursing losses. During the financial crisis, big markdowns on credit portfolios hit Wall Street banks. But now, the vast majority of that lending is being done by credit funds on behalf of pensions, endowments and regular mom-and-pop investors. The system may not crumble, but retirement accounts may be hit.

Wary of the risks when the financial world looks so rosy, some fund managers are taking money off the table in search of safer bets.

That might not be the approach that shines in the short term — especially when the returns from lending to lowly-rated groups look so appealing compared with, well, anything else on offer. But if we’ve learned anything from the Met red carpet this week, it’s that not all bets pay off.