Diagnostic tests a crucial tool in fight against antibiotic resistance

Identifying conditions can prevent inappropriate drug use, but there are barriers to progress in poorer regions

Fear that antibiotics will gradually lose their effectiveness, blunting one of the 20th century’s most extraordinary medical breakthroughs, preoccupies policymakers worldwide.

But far less attention has been paid to the need for better diagnostic tools to ensure the drugs are used appropriately — or not at all. Overuse of existing antibiotics and a lack of new medicines is fuelling drug resistance that is estimated to have caused 1.3mn deaths in 2019.

“Investment in developing affordable, accessible and accurate diagnostics is a big missing piece in our aim to fight the continued emergence of antimicrobial resistance,” says Dr Hanan Balkhy, assistant director-general of the World Health Organization’s antimicrobial resistance division. In many cases, the tool for correctly diagnosing a patient’s illness either does not exist or “if it does exist, it’s very costly”.

Sexually transmitted infections are a “huge area of need” for diagnostics, according to Daniel Bausch, director of emerging threats and global health security at global diagnostics initiative Find.

This is particularly the case, he says, for differentiating gonorrhoea and chlamydia. “[These] are two of the most common sexually transmitted infections,” he notes. “Right now, [they] are often treated with an empirical approach [lacking a clear diagnosis] of giving you antibiotics that can cover both but . . . don’t cover everything that can cause that syndrome.”

It is an approach that has dangerous consequences. “We don’t really know if we’re treating the gonorrhoea or treating the chlamydia, which means we risk producing growth of antibiotic-resistant organisms,” Bausch warns.

Sepsis, where the body has a life-threatening reaction to an infection, is another area in need of improved diagnostics, says François Franceschi, serious bacterial infections project leader at the Global Antibiotic Research and Development Partnership. This would enable doctors to prescribe the right antibiotic rather than using “broad-spectrum” drugs that target a wide range of bacteria.

However, while the need for better diagnostics is agreed upon, many barriers stand in the way of their development.

Balkhy says the WHO is convening global networks of laboratories, using standardised processes, in order to consolidate expertise. The aim is partly to foster innovation “so that we do have point-of-care diagnostics and they are as accurate as we need them to be”.

In these efforts, the WHO is collaborating with many partner organisations including Find, the Global Fund to Fight Aids, Tuberculosis and Malaria, and the Centers for Disease Control in the US. “None of us can do this alone, and I think that’s extremely important to acknowledge,” Balkhy adds.

But, even where appropriate diagnostic tests do exist, they are not routinely available in poorer regions of the world, Bausch points out. “It doesn’t matter if you have the best shiny new tool unless people can actually get to use that tool, in terms of it being affordable and that they have access to care.”

Franceschi notes that the development of diagnostic tools that can function in poorer regions of the world is made particularly challenging by high temperatures and the intermittent availability of electricity. The need to ensure that innovations are “translatable to low- and middle-income countries” is paramount, he says.

But “the obvious return on investment is still lacking,” Balkhy says. “And we’re trying to work really hard on that.”

Bausch suggests that, in order to persuade companies to research and develop diagnostics, it is vital to show the industry what the market wants, and will pay for, through “target product profiles”.

Prepared by experts and often published in medical journals and shared with the industry, these profiles would “guide [companies] and say: here’s what we need”.

However, while the importance of this kind of active “market shaping” is clear, it is not straightforward, Bausch says. The enthusiasm of companies might wane on being told that a diagnostic test must cost no more than $2 or $3. “That’s where industry may say either ‘we could do it, but not at that price’, or ‘why would we do it at that price because there’s nothing really to be gained for us?’”

Subsidies may be needed, at least initially, he suggests.

Ultimately, though, it is incumbent on campaigners for improved healthcare in poorer countries to make the case that a market can be created, Bausch believes. “Of course, you can’t instantly turn it on,” he acknowledges. “And it’s not a decision that comes from us. Each sovereign nation and ministry of health is going to decide how they invest.”

It is, he says, part of a broader “perennial challenge in public health” to make the argument to those who control funding that an investment in diagnosis and prevention can result in savings many times that initial outlay.

Franceschi, meanwhile, sees a glimmer of hope in a recent decision by the WHO to publish a list of essential diagnostics alongside its longstanding list of essential medicines. “I think this is a very positive development,” he says. “Finally, it has been recognised that diagnostics are part of global health.” 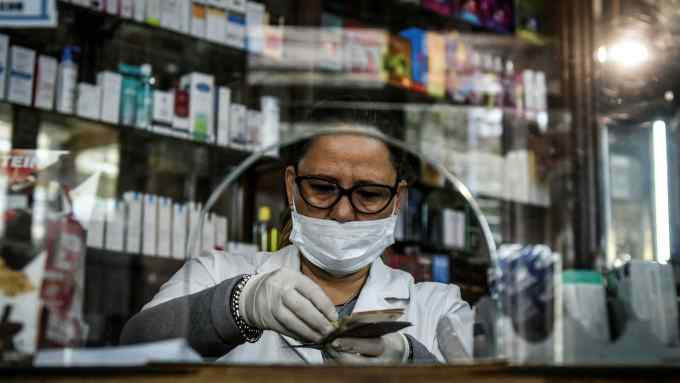