A thoughtful middle-aged white man gazes across ranks of designers. For most of my career, this has been the image of a successful architect. Now, the pandemic, the climate emergency and the Black Lives Matter movement have fused to force a revolution in architectural thinking and practice. This may, in turn, change the way homes, work and public spaces are designed and constructed.

While the trend to work from home accelerates, architects worldwide are experimenting with ideas and concepts for a more integrated, resilient and Covid-proof workplaces.

Two decades into the 21st century, the successful architect’s office is akin to the image of a 19th-century factory, with banks of screens instead of machines. A dollop of modernist creativity is added, by way of primary colours in fixtures and fittings — lime green carpets, yellow feature walls and orange swivel chairs. Architects and assistants converse in hushed tones, only moving when necessary. Some have further “googlified” their design studios, with hot desks, kitchens and even the occasional pool table. But these are suspected to be ill-disguised devices to keep low-paid younger assistants working long hours in the office.

Emblems of success include displays of project models, awards and photos. The contemporary version is usually open plan, with a female receptionist, smiling brightly. Most architecture practices are predominantly white. According to a recent survey of the profession by the Architects’ Journal in June 2020: “The latest survey reveals that more than a quarter (27 per cent) of Bame respondents said they had been victims of racism at their place of work. This proportion has gone up from 24 per cent in the earlier 2018 survey.”

Alan Vallance, chief executive of the Royal Institute of British Architects, has stated that lack of diversity in the architectural profession is a real concern. “We have not given adequate attention, resource or action to tackling injustice, systemic racism and discrimination . . . Architecture should be equally open to all, regardless of background or circumstance. But it is not,” he says.

The home has become the centre of architectural operations. Long vilified as the option chosen by women, sole practitioners and the semi-retired, working from home is the new normal for delivering buildings. From client briefings to design team meetings, we discovered the creativity and efficiency embedded in our profession.

But the demographic hierarchy of construction means that key decisions about design are made by teams led by men — for whom the space at home has been mostly a place for rest and recreation. It remains to be seen if the “different normal” will bring a Damascene conversion as CEOs and construction industry leaders awake to the necessity of home schooling, social distancing and pandemic protocols.

In the public realm, the car has become a pariah. Many cities, including Bogotá, Madrid, New York and London have been transformed into places for walking, cycling and child-friendly outdoor spaces. While this has created some local tensions, a new awareness of the primacy of pedestrians seems to have been welcomed by most people, from Athens to Dublin and Sydney.

With the acceptance that Covid-19 and its successors may be here to stay, architects have the opportunity to rise to the challenge of our collective experiences.

After lockdown measures end, architecture must not return to “business as usual”. We can take this enforced furlough as a chance to see visions and dream dreams of a new profession based on equality, diversity and social justice.

Small and medium-sized and micro-practices, long excluded from mainstream architecture, can leapfrog from the 19th-century hierarchical factory model to the 21st-century all-day pyjama-wearing lifestyle.

The post-second world war emergency housebuilding programme was championed by Winston Churchill. The great architect Jane Drew (1911-1996) played a leading role in the design and build of prefabricated housing. When I met her in the 1990s, she talked of her own practice and the importance of employing Jewish refugees who had fled Nazism and faced discrimination in their adopted country.

At Home with the FT
Elsie Owusu: the architect who ruffled Riba 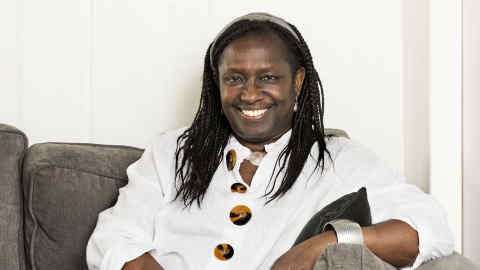 Her global leadership on housing design and construction in the UK, India and Africa provide us with lessons on the challenges and opportunities of the current crisis. She encouraged the then government to deploy aeroplane factories and technologies to meet the emergency. With so many manufacturers mothballing their factories today, perhaps we can follow her example and employ redundant aircraft workers to make much-needed homes in the UK and overseas.

Inspired by Drew’s postwar example, I believe our professional teams of architects, engineers and artists are well-placed to design greener communities. These innovative schemes can be resilient and protect disadvantaged groups. Together, we can minimise the health and social risks of Covid-19 and future pandemics, while boosting the UK’s economy through resulting programmes of jobs, education and training. 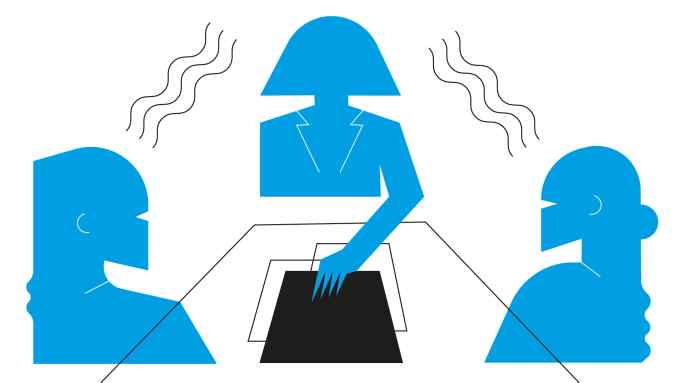