The army has skills that government clearly lacks

We’ll send you a myFT Daily Digest email rounding up the latest Leadership news every morning.

How you react when the government puts soldiers on the streets depends on where you live and what you’re going through.

Deployment of the National Guard in the US is often controversial. The domestic activities of the Bundeswehr in Germany are circumscribed by law. But when those forces are sent to help deal with natural disasters, such as the recent floods in Germany, it must be reassuring to see trained uniformed personnel helping out.

I have a different response, though, to the UK government’s latest call for boots on the ground. Its appeal to the army, to help relieve an avoidable crisis over a lack of petrol-tanker drivers, signals merely that someone in the civilian chain of command messed up.

The armed forces are an “insurance policy”, says Lt Col Langley Sharp, head of the Centre for Army Leadership at the Royal Military Academy Sandhurst. The government can draw on them at times of pandemic, flood and, it turns out, forecourt fisticuffs.

Yet the army, air force and navy offer qualities on demand that companies, and the government, should have built themselves: preparedness, resourcefulness, flexibility, decisiveness.

The use of military tanker personnel to fill gaps in the UK’s petrol delivery supply chain is unlikely to be recorded on any regimental flag. It is a minor skirmish compared with the role thousands of servicemen and women have played in Operation Rescript, tackling the coronavirus pandemic by building temporary hospitals, setting up and staffing testing centres and supporting healthcare workers.

The army, air force and navy offer qualities on demand that companies, and the government, should have built themselves: preparedness, resourcefulness, flexibility, decisiveness

But the appeal for help is a reminder of how poor this government is at handling the predictable — indeed, predicted — consequences of its earlier decisions, notably Brexit. By contrast, preparing for consequences, even unexpected ones, and moving quickly to deal with them is precisely what armed forces are good at.

It is useful that service personnel “aren’t bound by an eight-hour working day, and you don’t have to pay them overtime, and they will work weekends,” says Trevor Taylor, professorial research fellow at the Royal United Services Institute. But he points out that, unlike some of their counterparts, the UK’s armed forces are also “projectable”, equipped to set off to unknown destinations and carry out a range of missions.

The fungible skills they need are useful in civil crises. In the past 20 years, UK military personnel have substituted for striking firefighters, assisted during the foot-and-mouth disease outbreak, and made up for G4S’s shortfall in trained security staff at the London Olympics.

Sharp helped develop the army training programme for that 2012 mission. In a new book about military leadership, The Habit of Excellence, he writes of another skill critical in such operations. It is “the ability of leaders to forge cohesive teams from people and organisations who will often be meeting each other for the first time”. 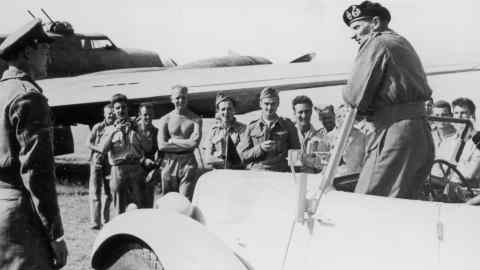 He quotes Brigadier Lizzie Faithfull-Davies, who had just taken over as commander of the army’s 102 Logistics Brigade when coronavirus hit in March 2020. Working with civilians and military colleagues to support the new Covid-19 testing programme, she broke the team into “thinkers”, “doers”, “co-ordinators”, “coherers”, who had “emotional, soft skills”, and “disrupters”, who could pose constructive challenges. Once she had identified their strengths, she gave them the power to “add value and make a difference”, and they moved quickly to solve the problems.

Executives tell me similar stories about how they handled the pandemic. Many found employees who could not carry out pre-crisis roles mastered novel tasks; their skills were fungible. Others mentioned staff who showed a gift for rapid decision-making, while “peacetime” managers crumbled.

The difference is that the military trains its people specifically for such situations, and applies a “mission command” approach that delegates power to those at the front.

Companies and governments should review their crisis responses like soldiers, for whom learning from mistakes is a life and death necessity.

Servicemen and women recognise their duty to lend support at home. Involvement in Rescript was “hugely gratifying”, says one. At the same time, knee jerk responses to self-inflicted messes simply irritate them. Rusi’s Taylor says some senior officers also worry that too much domestic deployment will compromise the military capability of what is already a shrinking force.

The government should take note. Everybody knows two things about insurance. It is there for the moment when preparation and vigilance fail to prevent an accident and, if you keep claiming against the policy, the cost of premiums soon becomes unpayable.