The Tokyo 2020 Olympics were the first Games to be postponed by a global pandemic, the only ones held without live audiences, and a landmark example of costs far exceeding original projections.

But, in one aspect, Tokyo’s Olympics may be remembered as a success: as an experiment in how a “circular economy” that breaks with the current take-make-dispose model of industrial output and consumption might evolve.

For the first time, all 5,000 gold, silver and bronze medals distributed — to the winning athletes, but including some for schools and public display — were made from recycled materials. They were the result of an unprecedented urban mining project designed to showcase what Tokyo said were uniquely sustainable games.

Toshio Nakamura, a director at ReNet Japan, which took part in the medal project, says: “Realising a circular economy requires the co-operation of many people, including consumers, recyclers, retailers and manufacturers . . . the goal of producing the Olympic medals made it possible for many of these stakeholders to work together.”

After a nationwide push to collect used electronics — involving 90 per cent of the country’s local authorities, 1,300 schools and 2,400 retail outlets — some 80,000 tons of waste were amassed. By the time the rubbish yielded its treasure — in a smelting process that generates significant carbon emissions — the Olympic organisers had 30kg of gold, 4,100kg of silver and 2,700kg of bronze.

We need to rethink our production methods and product structures . . . and to more widely share the cost of the recycling process

For some years, Japanese corporations and both local and central governments had toyed with the possibilities of the circular economy. Ambitions that focused on recycling, production and design seemed perfect for Japan, as a resource-poor country with an advanced manufacturing and consumer economy.

In urban mining — whereby precious metals and other materials are harvested from high-tech waste — the potential appeared strong. Japan could point to an already sophisticated recycling infrastructure for general rubbish, a roster of companies capable of hand­ling the technical complexities of extracting precious metals, and a population generating mountains of unwanted phones, laptops, TVs and other rubbish.

In addition, interest in the concept of a circular economy has intensified as automakers Nissan and, more recently, Toyota have expanded their plans to build electric vehicles. But, in spite of this interest, Japanese progress in urban mining had been slow. Large listed companies, including Asahi Holdings, the industrial services group, were already engaged in the business — with source materials ranging from cars and electronics to old dental fillings. However, they were facing challenges. They were consistently missing collection targets, and finding that the high cost of recovery versus the value of the extracted metals often put urban mining on the wrong side of profitability.

Asahi was not directly involved in the medals project, but it is among a handful of companies that investors are focusing on as future champions of urban mining, and the circular economy principle in general.

It has developed an analytics system that can establish the precise volume of precious metals in any given quantity of waste electronics or recyclable materials. And its expertise extends to commercialising processes for urban mining that allow the removal of precious metals from both semiconductors and the equipment used to make them.

Asahi’s chief executive, Tomoya Higashiura, says the Olympic medal project made a critical difference in raising public awareness. The next challenge will be maintaining the momentum now the Olympic torch has moved on, he adds.

However, the importance of the project goes beyond public involvement in the supply of materials. The expansion of urban mining, says Higashiura, will depend on several other factors: innovation in the extraction of the precious metals; significant increases in the value of the precious metals; and, perhaps more vitally, a transformation of how high-tech goods are made so that they are easier to recycle, once their useful days are over.

“There are two key points to moving towards a recycling-based economy that will benefit our company, although it is not something we can implement on our own,” says Higashiura. “First, we need to rethink our production methods and product structures to make it easier to disassemble and recycle . . . The other is to more widely share the cost of the recycling process.”

Until and unless those changes come, he says, the establishment of a true circular economy will face challenges, despite the rising popularity of the idea — and the fact that his company envisages much of its future value creation as arising from the concept.

Yuka Tajima, spokeswoman for River Holdings, which took part in the medal project, says urban mining from small home appliances that contain a lot of highly valuable metals will be profit­able.

“But many small home appliances use a very small amount of precious metals and many materials such as plastic are used,” she warns. In fact, “it seems we will shift to the point of how efficiently plastics can be extracted from small household appliances”. 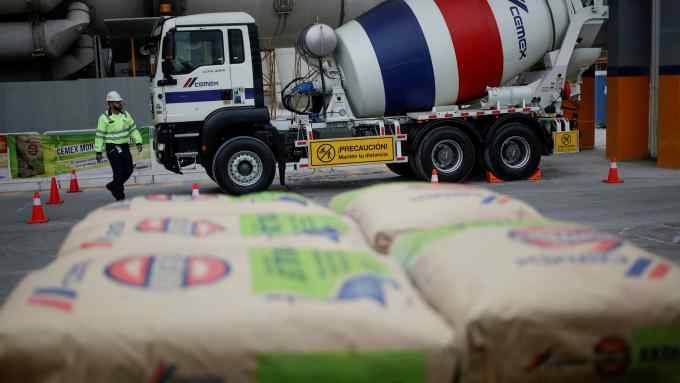