Friction hampers EU drive to switch clearing from the UK

Since the Brexit referendum four years ago, politicians and policymakers in Europe have worried that responsibility for market stability of the eurozone would lie outside the bloc.

After the 2008 financial crisis, their concerns about market moves destabilising the euro and sovereign governments have focused on clearing, an unglamorous activity that prevents a default from spreading through the market like wildfire.

The industry has become one of the pillars of global regulators’ efforts to bolster markets after the near-meltdown of 2008. They sit between two sides of a trade in the securities and derivatives markets and manage the risk that a counterparty will be left out of pocket if one side defaults on payment.

For the EU, that critical business had been handled in the City of London. On the eve of the referendum, London Stock Exchange Group’s LCH handled 95 per cent of all euro-denominated interest rate derivatives, and more than a third of euro-denominated repurchase agreements, in which banks lend out assets in return for short-term financing.

The UK’s impending departure from the single market posed two questions: would the EU be happy to leave the business in London and would it be possible to move the business? 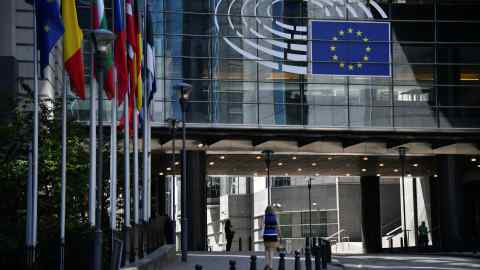 The answer to the first is comprehensive. Michel Barnier, EU chief Brexit negotiator, has publicly questioned whether it is in the bloc’s long-term economic interest to allow the City of London to retain “such a prominent position” in serving European customers.

Mairead McGuinness, the EU’s new financial regulation chief, is also adamant. “It is clear that the EU is heavily reliant on UK central counterparties and it will be important to reduce EU clearing members’ exposures to [them],” she said, talking about euro-denominated derivatives at the European Parliament in October.

But those exhortations have had mixed results. There has been no regulatory mandate demanding that the business move and it has relied on the market to resolve the problem itself.

The EU’s greatest success has been in the shift of eurozone sovereign debt clearing to Paris, alongside related business in repurchase, or repo, markets.

Eurozone debt and its 2011-12 crisis is a sensitive topic for the EU, epitomised when LCH UK raised the margins on sovereign debt clearing for Spain, Ireland and Portugal, arguably increasing jitters over the euro currency. The repo market is little known but acts as a vital oil in movements of billions of dollars and euros. Banks and investors use the market to find cash for the short term, offering high-quality collateral like government bonds in return. Those assets are deposited in clearing houses every day.

The European Central Bank also sees the repo market as its conduit to increase liquidity and funds into the market in times of crisis, because movements in short-term repo rates affect financing conditions for banks, and ultimately for companies and households.

Although its plans predated the referendum, LCH began managing eurozone government debt from Paris from 2017. Now the French capital is now the main hub, clearing 80 per cent of the €200tn a year business, compared with two-fifths in 2016. In a sign of its growing influence, this year it also began clearing bonds issued as part of the EU’s programme to finance employment schemes. 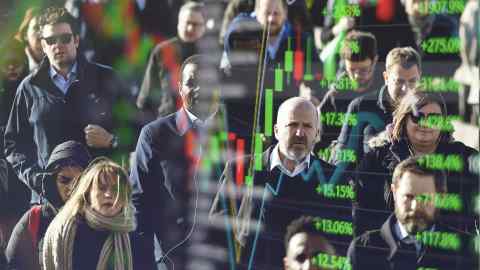 However, authorities have had less success in shifting euro-denominated derivatives. The UK was the hub of most derivative trading in Europe in 2019. Four-fifths of the €681tn market involved a UK-domiciled counterparty, unchanged from 2018, according to data from Esma, the markets regulator.

Executives running banks’ clearing operations have resisted moving their portfolios of thousands of derivatives contracts out of London, because it is a long and costly operation, and disadvantages them compared with US and UK rivals which can use London. Some also argue that interest rate derivatives have little impact on the stability of the euro.

Faced with deeply entrenched positions, the EU issued a temporary permit that will avoid disruption as the UK leaves the transition period.

Deutsche Börse has tried to persuade the market to move euro business to Frankfurt, with limited success. More than 500 banks and fund managers have connected to its Eurex clearing house to clear derivatives, but less than half of the €18tn business is the more consequential, longer-dated, interest rate swaps. That latter business remains in London, where €84tn is cleared.

In early November Eurex made a fresh push, offering users discounts for the next three years. “We want to make it easier for market participants to comply with the demands of the regulators and transfer swap business into the European Union,” says Matthias Graulich, member of the board at Eurex Clearing.

Brussels has given the market until mid-2022 to move their portfolios and reduce exposure. The more pressing question will come if it does not respond.