Olga Dubinina last spoke with her son Nikita Syromyasov a month ago when the 20-year-old conscript was on board the Russian warship Moskva.

Last week she watched in shock as reports appeared in Russia that the vessel, flagship of the country’s Black Sea fleet, had sunk after an explosion, which Ukraine claimed was the result of its rocket strikes.

Since then, Dubinina and other Russian families have been searching for news of their missing relatives on board. The challenges they have faced illustrate the intensity of the censorship laws imposed as Russia tries to control the information that its domestic audience receives about the war, particularly related to military losses and the sinking of the pride of its Black Sea fleet.

“I have no information,” Dubinina, who is from the Ural Mountains region, said during a recent phone call, speaking through tears. “Yesterday someone in our town made a [social media] post about my son,” she said. “Barely an hour later it was taken down.”

She added: “Maybe he’s in a serious condition or unconscious somewhere, maybe he can’t be identified . . . But they don’t tell me anything.”

Russia’s defence ministry has said nothing in public about sailors injured or killed on the Moskva, which sank on April 14. Instead, it made a short comment about the evacuation of the crew to safety and shared a video that appears to show roughly a hundred crew members on shore.

This portrayal has been contested by relatives of some missing crew members, including Dubinina, who say they have been told informally by navy officials that the young men are listed missing in action.

Russia’s defence ministry did not respond to a request for comment about Syromyasov and the other Moskva crew who have been named as missing by families, including those who spoke with the Financial Times.

It has been reported that about 500 sailors were on board the Moskva before it sank. Though the Russian navy has not been prominent in the attack on Ukraine so far, the vessel played an important air defence role for the fleet, and as its command and control centre.

The silence surrounding the Moskva stands in contrast with the political climate that followed the sinking of the nuclear submarine Kursk in 2000, during the early months of Vladimir Putin’s rule.

Then, Putin met with grieving families and spoke to an auditorium filled with people, some of whom shouted back at the new president in anger.

The loss of the Kursk hit Putin’s popularity ratings and marked a turning point in his media approach, said Gleb Pavlovsky, then an adviser in the presidential administration, providing a valuable lesson on the need to control and shape the flow of information.

“After Kursk, he changed. After Kursk he started to take very seriously who says what,” Pavlovsky said. Since then, Russian state media has been turned into an arm of the government tasked with “creating a reality that absolutely doesn’t exist”, he explained.

Following the full-scale invasion of Ukraine on February 24, the Kremlin’s crackdown on information has reached a new level. Independent media outlets have been shut down, access to some social media platforms has been limited and the sharing of “fake news” about the war has been criminalised. This has tended to mean any information that does not come from state sources, such as the Ministry of Defence.

But some of the families of Moskva crew members have vowed to press on regardless.

“We will keep fighting for the truth, just let them try to shut us up,” Dmitry Shkrebets wrote on Russian social media, where he has been posting information about Egor, his missing son.

Egor, who joined the Moskva as a conscript, worked as a cook on the ship, according to a December article in a military newspaper in which he is featured. Egor’s childhood friend, Alexander Dotsenko, last spoke to him a few days before the invasion.

“Of course I was worried. But I understood that he was on the ship and so thought it was unlikely he could be in any danger,” Dotsenko said via a messenger app.

Conscripts are not supposed to be involved in fighting because Russia has not mobilised for a full war. But multiple cases have emerged where conscripts have appeared among the war casualties, alongside regular soldiers.

Russian journalists and international media outlets have spoken with at least seven families who say their sons were conscripts on the Moskva and have been informally reported either missing in action or killed.

The family of Leonid Savin from the Crimean peninsula town of Alupka, who say he was also a conscript on the Moskva, have been told an investigation is ongoing, during which no information can be disclosed.

His brother Vladimir said that while initially the family felt information was being kept from them, they were subsequently treated with understanding and empathy.

“They promised to keep us abreast of the investigation,” he said. “Once the checks have been completed, we hope we’ll be given reliable information about our relatives.”

Dubinina, mother of the missing sailor Syromyasov, did not feel the same way about how she has been treated. She visited a hospital in Sevastopol, the Crimean port where the Moskva had previously docked, and went through lists of names of people admitted. Despite checking every possible spelling, she did not find her son.

She has since bombarded local officials and the navy with calls and messages but received few answers. “They accidentally picked up the phone once,” she said. “They told me, ‘we don’t need your hysterics here’.” 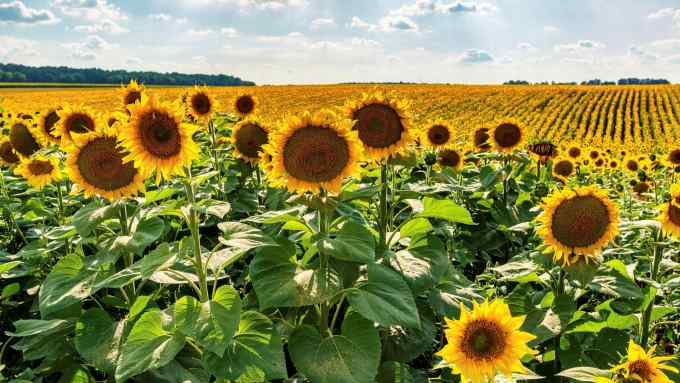