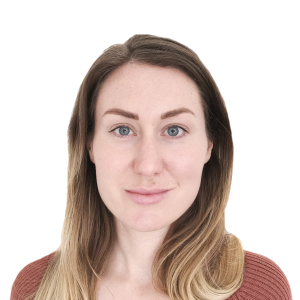 We’ll send you a myFT Daily Digest email rounding up the latest US financial regulation news every morning.

Last week, Chinese technology giant Alibaba applied for a primary listing in Hong Kong. If you were looking for a sign of how negotiations are going between Beijing and Washington over the latter’s plans to ban trading in Chinese companies, this is it. Read: badly.

Alibaba is one of about 200 companies that will be delisted from New York stock exchanges in 2024 because China has blocked US regulators from accessing their financial audit records despite US law requiring that they be inspected triennially. The trading ban will also be applied to dozens more Chinese companies with equity or debt that is traded outside exchanges in the US.

Alibaba’s new Hong Kong listing will simplify a transition to trading solely in Hong Kong if — or when — US regulators force it to delist from Wall Street. Those with skin in the game seem to be preparing for that eventuality.

The ban will end a two-decades long bridge that has ensured a steady flow of capital between the world’s two largest superpowers. It will threaten the listings of companies with some $1.4tn of market capitalisation and prevent China from accessing the world’s largest public capital pool when Chinese companies need access to international finance.

Negotiations to solve the impasse are ongoing, according to both US and Chinese officials, but a resolution is unlikely. Securities and Exchange Commission chair Gary Gensler said this month that he was “not particularly confident” of a deal.

Overhanging all of this is a bill currently under consideration in Washington that would accelerate the timeline by a year.

The framework for delisting companies if their auditors do not make audit files available at least every three years for inspection by the Public Company Accounting Oversight Board, the US audit watchdog, was introduced in 2021. That set a clock ticking for the delistings. It meant that the PCAOB’s determination on whether Chinese companies had complied with this rule at the end of 2023 would be critical.

But if Congress passes its current bill, PCAOB officials would have to complete their inspections a year earlier, by this December. If they cannot, any Chinese company traded in the US will be banned when it files its next annual report, which usually happens in April. There is no wriggle room.

In China, geopolitical risks have led to heightened national security concerns, making it an unlikely time for Beijing to permit US regulators to examine its largest companies. But the US market is too big to ignore. In April, Beijing modified a decade-old rule that restricted data-sharing by its companies that operate overseas. Chinese regulators have also explored categorising companies that have data that is considered “sensitive” or “secretive”. This could result in voluntary delistings. But neither has satisfied US regulators.

The US currently inspects the audit records of companies from more than 50 jurisdictions. The PCAOB’s oversight is designed to improve investor protection across borders. The $300mn fraud at Luckin Coffee in 2020 showed why these protections should be equally applied to investors in Chinese companies.

The auditors themselves have been largely silent. Three quarters of US-listed Chinese companies are audited by the Chinese arms of Deloitte, PwC, EY and KPMG. The “Big Four” have faced a rise in regulatory fines and shareholder lawsuits over their work in Europe and the US. If their Chinese audits are opened to US regulators, potential liability could increase even further.

Beijing has made some contingency plans. In July, it launched a “stock connect” scheme with the Swiss exchange. This will allow companies listed in Shanghai or Shenzhen to apply for a secondary listing in Switzerland.

Improving links with European capital markets are necessary because Hong Kong is too small to be a real alternative to New York for Chinese companies. It has high disclosure and profitability barriers to entry, and its liquidity is vastly lower than New York’s.

Ultimately, any solution to the delistings row will need to be both technical and political. There is “maximum willingness” on the Chinese side to find a concession that meets the technical terms of the US rules, according to a veteran Hong Kong investor. But the sense is that the US wants to be able to declare to the world that China is following its rules. Political rhetoric is likely to undermine the already diminishing chances of an agreement.