Should you invest in drinks NFTs?

Next month sees the launch of Wokenwine, the first trading platform dedicated to fine wine NFTs. But what does this mean for drinks? While some NFTs correspond to intangible things (such as Jack Dorsey’s first tweet), a drinks NFT corresponds to a physical bottle. The NFT is minted by the company that makes the product and held on the cryptocurrency blockchain (which works like a paper trail of transactions) so that, however many times the product changes hands, its authenticity is guaranteed.

The world’s first NFT marketplace for collectable drinks was BlockBar, launched in late 2021. Unlike a traditional auction house, which sources its products from a variety of distributors and collectors, BlockBar sources every product directly from the brand owner. Many products also have some kind of limited-edition feature attached – a unique edition number, an unusual format, an artwork. The bottles are stored in a high-security warehouse in Singapore. If a user decides to redeem or “burn” their NFT, BlockBar will deliver the bottle to their door. Once the NFT has been redeemed it can no longer be accessed.

Big names that have already collaborated on “drops” with BlockBar include Hennessy, The Dalmore, Dictador, Ardbeg and Penfolds. Some are a little bit tacky for my taste – but what do I know? More than three-quarters of BlockBar’s 200,000 users are aged 25-34 and its first release, 15 bottles of 46-year-old Glenfiddich priced at $18,000 a piece, sold out in four seconds.

Wokenwine, by contrast, hopes to appeal to more traditional fine wine drinkers. It’s an NFT trading platform just like BlockBar, except that, for the time being, it doesn’t do limited editions. The focus instead is on the reassurance offered by trading in NFTs. In a bit of a coup, Burgundy’s prestigious Domaine du Comte Liger-Belair has already announced its intention to sell its entire 2020 vintage through the platform. “It is necessary to put integrity back into traceability and fight against counterfeits,” says Louis-Michel Liger-Belair. 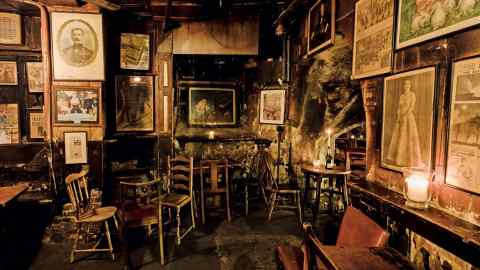 I know of at least two other major players in luxury drinks, including one big auction house, which are working on NFT projects behind the scenes. But there are still plenty who remain undecided about whether NFTs are the future or a flash in the pan: “I’ve been collecting/investing in rare whisky for the past 34 years… The NFT hype might be right, or wrong, or indifferent. I am yet to decide,” says Andy Simpson, co-founder of leading whisky analyst and broker Rare Whisky 101.

I am biding my time – let’s see who else gets on board.

Video: Sports NFTs: collectors, players and leagues cash in on the action
Reuse this content (opens in new window) CommentsJump to comments section