If you think the same, join us
Special Report Working From Home
Virtual and Augmented Reality

We’ll send you a myFT Daily Digest email rounding up the latest Virtual and Augmented Reality news every morning.

Video conferencing software Microsoft Teams clocked up more than 4.1bn meeting minutes across its education and business users in just one day in April, up from a daily average of 900m in early March, as Covid-19 forced organisations to quickly adapt to remote working.

But hybrid working — where employees split their time between the office and home — is likely to become the norm for many businesses as they emerge from the crisis, observers suggest. This is driving tech companies to develop new approaches — including virtual reality— in a bid to help bridge this physical divide, and to make interaction more seamless and cohesive.

There is already plenty of technology to support each of these facets individually. Mr King says cloud-based software such as Google’s G suite, for example, allows workers to share and collaborate on documents; instant messenger services like Slack and videoconferencing tools including Microsoft Teams support communication; while project management platforms like Asana enable co-ordination.

The advantage here is that, to date, teams had previously worked together face-to-face, according to Martine Haas, professor of management at the Wharton School at the University of Pennsylvania.

“Because everybody has [started] working from home suddenly, everyone is in the same boat and that has made it easier in some ways,” Prof Haas explains. “You have established relationships so you can take them online and sustain them online for some period of time.”

You can have all the documents you want, you can see everybody spatially, you can turn your head and talk to somebody

Over more time, however, colleagues may begin losing touch with each other, and new recruits will also join teams. “That is a really different ball game,” says Prof Haas, because building teams remotely without those established relationships is much more difficult.

Indeed, despite advances in video conferencing, ad hoc and informal “water cooler moments” where colleagues interact in person are much harder to recreate digitally, making it hard for employees to maintain their sense of cohesion with peers and the wider organisation. Tech companies are now looking to close that gap.

The main problems associated with remote work are collaboration and isolation, says Maria Fernandez Guajardo, director of augmented and virtual reality enterprise at Facebook’s Oculus, the VR company bought by the social media platform in 2014.

Facebook is developing a “super-powered augmented workspace”, in which employees will be able to don an Oculus headset to enter a virtual work environment.

The Oculus Quest headset has four fisheye cameras and, because users are able to see things as they would normally, their brain responds as though their colleagues are really there, says Ms Guajardo. “You can have all the documents you want, you can see everybody spatially, you can turn your head and talk to somebody,” she explains, adding this can also guard against isolation.

Project management platforms Asana and Trello, meanwhile, are tweaking their offerings to support whole organisations rather than discrete projects. For Trello, “this will create a single centre of work management where workers at all levels can maintain shared vision and direction”, says Michael Pryor, the product’s co-founder and head of Trello at parent company Atlassian. “This is what bridges the gap between remote and in-office workers in the hybrid work model we will see in the future.”

But before companies rush to embrace further digital transformation, they need to understand where potential risks might lie. “There are examples of businesses rolling out systems and platforms that they would normally take half a year to plan, research, scope and test, and they are doing it over a weekend,” says Mike Sentonas, chief technology officer at cyber security company CrowdStrike. This risks undermining businesses’ “cyber security architecture”, he warns.

With a permanent, more geographically fragmented way of working now within sight, companies might not have long to prepare themselves. 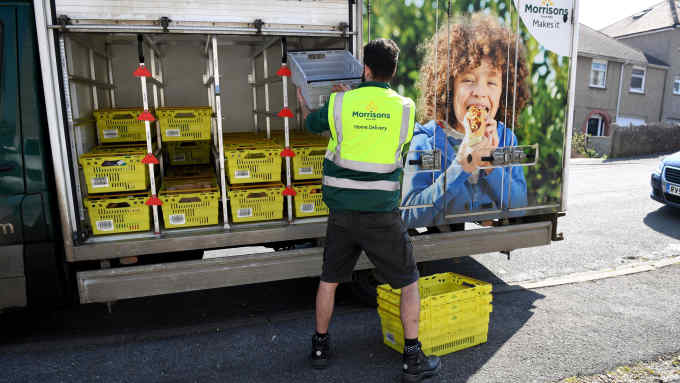