The trouble with private jets...

…is that there aren’t enough to go around. We go inside the private aviation ‘crisis’ of 2022

We’ll send you a myFT Daily Digest email rounding up the latest Cars, bikes, planes and boats news every morning.

On 16 May, a New York State Supreme Court Justice issued a last-minute block on the planned closure of East Hampton Airport, forcing a stay of at least 10 days. The airport had been scheduled to transition to a private facility, owned and overseen by the town; and the town promptly wanted to begin imposing restrictions, including overnight curfews, reduced frequency of private-jet arrivals and a potential prohibition altogether on larger private planes.

A ban on private jets — in the Hamptons. You can see how things would become, as they did, very snarly, very quickly. The infighting has raised everything from NIMBY concerns about the noise pollution that the rerouted planes and helicopters would bring to, say, Montauk (which also has an airport), to face-offs between UHNWIs used to dropping in whenever they want on mega-jets and the merely-very-rich locals worried about damage to the foundations of their historic shingled houses by the constant seismic rumblings (it has been reported that in high summer a helicopter or plane takes off about every 90 seconds).

The battle reveals how diffuse private-charter air travel has become among the wealthy, particularly in North America and Europe. Despite the re-emergence of major commercial airlines and their premium-class offerings, flying private (or business aviation, as the industry calls it) is not just here to stay, it’s growing at a healthy clip: the market’s compound annual growth rate between 2022 and 2026 is conservatively projected in the high-single digits; the first five months of 2022 have seen double-digit increases. Individual companies, meanwhile, report as much as 30 per cent increases over 2021.

It’s all down to a new class of private flyer — those who have discovered the joys of being unshackled from commercial-flight schedules and security queues, and of reducing their “touch points” (those moments that bring one into less-than-two-metres’-distance contact with the rest of humanity) from an average of hundreds to fewer than 30 per flight. They traded up to flying private during the pandemic for peace of mind; they’re sticking with it for the call-your-own-shots convenience, despite annual spends of $500,000 or more for fractional ownership, and entry-level membership fees as hefty as $80,000. According to business intelligence company WINGX, private flights now account for a quarter of all air traffic in the US — around twice what they did pre-pandemic.

Many of the converted subscribe to one, or several, jet-card services (a prepaid hourly balance, usually starting between 10 and 25 hours of flight time) that allow for whole charters or single seats across various routes. Most of the category leaders — NetJets, VistaJet and XO (both owned by Vista Global Holding), Wheels Up, Flexjet and their ilk — offer versions of both fractional aircraft ownership and jet-card subscriptions. Most have also been around for much of the past decade (NetJets, in its first iteration as Executive Jet Airways, dates back to 1964).

But the post-2021 landscape (skyscape?) has begotten a dicey combination of hyper-fuelled demand and stymied supply. Demand for new planes skyrocketed in early 2020, in parallel with the uptick in interest, and it hasn’t much let up since. But recent manufacturing challenges and delays in parts production mean inventory is taking longer to arrive. The market for used planes has consequently surged: according to Doug Gollan, founder of Private Jet Card Comparisons, the surplus that consistently characterised the industry for 13 years following the global financial crisis inverted to become a deficit last year (cue the deluge of headlines decrying a global private-jet “shortage”).

A former editor of Elite Traveler magazine, Gollan is currently involved in a paid-subscription advisory service that aggregates information from some 800 business-jet operators and brokers and rates them (like the Robert Parker guides, he jokes, but for PJs instead of premier cru vintages). “There are real capacity issues today,” Gollan says, “and it’s resulted in a lot of these jet-card services being stretched.” He notes that NetJets stopped selling jet cards and fractional shares in 2021; while its fractional sales are back online, jet-card sales and renewals are still suspended until the end of 2022, leaving those buyers relying on other jet cards in the meantime. “Take the [Embraer] Phenom 300, which is the NetJets entry-level light jet: if you order one today, it won’t arrive until probably Q1 2024,” he says.

Delayed delivery is only one of the hurdles. Staff shortages — of pilots, maintenance technicians and flight attendants, who are being aggressively courted by rebounding commercial airlines as well as within the compset — mean even category leaders are working with limited fleets; Gollan suggests that some are occasionally resorting to booking clients onto competitors’ planes to meet contractual obligations. “I know fractional owners who’ve bought at least one jet-card membership. And some who own their own planes outright have lost their pilots [to business-jet or commercial fleets],” he says, so opt for “supplementary” jet-card subscriptions as well. “I’d say around 70 per cent of my subscribers now have more than one private-aviation solution.”

Some flyers use brokers alongside, or in lieu of, contracting directly with the companies. Most of them sell one-off flights from multiple services; some also sell jet-card programmes. “Then you have boutique brokers who handle just six or seven clients,” Gollan says. “They’re like wealth advisers.” But even these are struggling with the supply-demand conundrum, with prices for single flights having increased by as much as 30 or 40 per cent over previous months.

The multitude of challenges doesn’t seem to be making a dent on either side of the Atlantic, however, if the thousands who now habitually crisscross it, Logan Roy-style — or hit Cabo San Lucas from LA, or Jackson Hole from New York, or any number of second-tier cities from America’s apparently quite cashed-up “flyover” middle — are any indication. Emily FitzRoy, founder and director of UK-based Italian travel specialists Bellini Travel, estimates that in 2022 about 80 per cent of her clients will fly private into the country, a new norm that has resulted in her having cultivated a deep expertise of Italy’s major military airports. “You can, of course, land at any of the commercial terminals — which isn’t nearly as glamorous,” she says drily. “Venice’s private terminal is the best by miles” — not surprisingly, given its regular influx of festival and Biennale habitués; “you get off the plane and you’re straight onto the water.” (FitzRoy has keys to its private dock, which only a handful of specialists can access.)

Another New York-based travel company CEO says that for his clients, the private-jet option is now mostly about frequent Euro-city hopping. “That was less the case [during the pandemic], when it was more the harder-to-reach places.”

Thomas Flohr is founder and chairman of Vista Global Holdings, which owns VistaJet (founded in 2004) as well as XO, and which in April of this year acquired Jet Edge, the LA-based charterers/brokers of large-cabin and super-midsize jets. That acquisition, plus an ambitious order of ultra-long-range Bombardier Global 7500 and Challenger 350 jets, will bring Vista Global’s total fleet to more than 300 by the end of the year – putting it on track to potentially become second in the market (NetJets, owned by Berkshire Hathaway, remains number one).

Flohr is bullish about every aspect of his company’s future, from the scaling of long-haul to selling travel expertise and VIP experiences. He’s vocally proud of its shiny new long-range planes: “VistaJet members were the first to have access to the [Bombardier] Global 7500, giving them the ability to travel for example from Silicon Valley to Singapore with jet-lag-reducing technology,” he says. “This is game-changing, up to 17 hours non-stop.” He cites several other recent member-requested flights — São Paulo to the Maldives (16 hours), Dubai to New York (15 hours and change) — to support the investment in the 7500s, 17 of which he intends to add to the fleet by the end of the year.

Just as interesting — if a little more leftfield — is the new trend for selling remarkable events, experiences and places, both in the air and on the ground. Last month, Flexjet commandeered a series of ultra-luxurious private lounges for its owners during Miami’s first-ever Formula 1 Grand Prix. “More and more, we’re seeing jet owners travelling to sporting events like this one,” said COO Megan Wolf. Offering hospitality to them seemed both “inspired” and elementary. In mid-May, VistaJet announced a partnership with Frieze that made the pre-fair viewing room available across its fleet; curators virtually “chaperoned” members through the galleries mid-flight, on screens at 40,000 feet.

This followed the announcement in December 2021 of VistaJet’s full Private World Journeys series — partnerships with elite travel operators to create exclusive itineraries booked directly (and only) through VistaJet. Members can dive with sharks in the Bahamas, or shadow nomads in the Altai Mountains in Mongolia. They can sail the world’s longest fjord (Greenland, not Norway) aboard the expedition yacht Nansen Explorer, complete with choppers for heliskiing pristine slopes; or glamp on a beach in Mozambique at the €5,000-a-night Kisawa resort (which happens to be owned by Flohr’s 35-year-old daughter Nina).

“We launched in October 2020,” says Flohr. “It took us more than two years to build this programme, with a global pandemic in parallel and the travel industry business model forced to make a shift — where success is no longer about volumes of booking, but rather quality and trust.”

Lofty words for a lofty vision. When I ask Gollan, the numbers guy, what he thinks of these initiatives, he’s somewhere between cynical and circumspect. “Optics,” he speculates. The meat and potatoes of people’s choices is still down to what they get when they fly, he says; and now more than ever, on availability, whatever the destination — Wyoming or West Papua. Or East Hampton, where at time of press the snarls are still largely yet to be unravelled, though the airport’s official call letters have been changed by the FAA. Best ensure your pilot is updated — if you can find one. 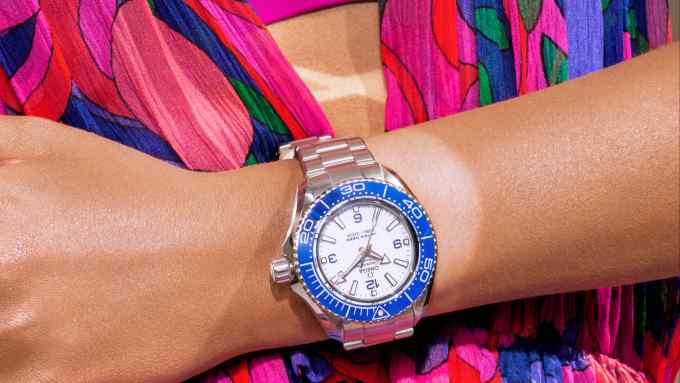