How To Give It on International Women’s Day ’22

With more than 1,000 active members across the world, Black Women Photographers is working to level the playing field for young black creatives (more than 70 per cent of professional photographers in the US are white). “I was tired of waiting for a seat at the table, so I created my own,” says photographer/journalist Polly Irungu, who founded the platform in 2020. Recent feats include a print sale to support relief efforts in Haiti; dozens of new jobs for black female and non-binary photographers at outlets such as Bloomberg, NPR and The New York Times; and the launch of a grant fund from camera brand Nikon. blackwomenphotographers.com

Art on a Postcard

For the third edition of its annual International Women’s Day Auction, Art on a Postcard has commissioned more than 200 female-identifying artists to create 6x8in masterpieces. This year’s lineup includes New York-based painter Philemona Williamson and British painter Charmaine Watkiss, who is inspired by her research into the African Caribbean diaspora. All proceeds support The Hepatitis C Trust’s work in women’s prisons, including a freephone helpline and easy-access treatment; bidding starts at £50. Until 15 March, artonapostcard.com

The chief aim of this culinary enterprise is to use “baking as a tool to take women on a journey to employability and entrepreneurship”. Since its launch in 2014, founder Alice Williams has provided more than 130 socially or economically disadvantaged women with training, work experience and employment: all apprentices leave with the skills needed to pursue a career in baking. In addition to its two London cafés, Luminary ships brownies and mini-cakes across the UK, with more options for events and offices. luminarybakery.com

When Jenny Halpern Prince and Tamara Beckwith Veroni co-founded their women’s health charity in 2014 with Astrid Harbord, Josephine Daniel, Chloe Delevingne and Mika Simmons, an initial survey revealed that 41 per cent of women would be too embarrassed to talk to a doctor about a gynaecological issue. Since then, their mission has been to reduce gynaecological cancer diagnoses through awareness, funding and education. Most recently the charity has teamed up with footwear brand Le Chameau on the launch of a “rose pink” welly boot capsule (from £80), 10 per cent of sales from which will fund research into all five types of gynaecological cancers (ovarian, cervical, uterine, vaginal and vulval). ladygardenfoundation.com

Food writer Clare Finney compiled The Female Chef in response to the number of female chefs with Michelin stars – in 2018, just 2.7 per cent of Michelin-starred restaurants in France were run by women. Comprising interviews, essays and recipes from 31 female chefs, the book is a rallying cry for a more inclusive food industry. Now, five of these women will each serve up a five-course meal at Fitzrovia’s Carousel – named after its revolving line-up of guest chef collaborations – with 10 per cent of the ticket proceeds going to a charity of each chef’s choice. Expect Malaysian street-food dishes from Julie Lin, West Bengal flavours from Romy Gill and Italian-inspired cooking from Angela Hartnett. £65, 8 to 12 March; carousel-london.com

Entrepreneur Carole Bamford (Daylesford Farm, lifestyle brand Bamford) launched Nila House off the back of her foundation, which is invested in improving education, alleviating poverty and helping women and children across India. Through the production of handwoven natural-dye textiles, Nila works with local artisans (many of them women) while preserving India’s craft heritage, from the pit looms of Kutch to West Bengal’s fine muslin jamdanis. Traditional indigo-dye products are available on the website – all proceeds go to the charity. nilajaipur.com 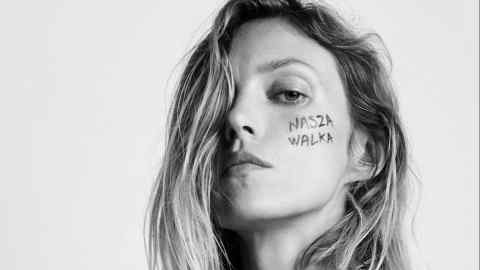