How To Spend It Photography

How Magnum got back in the picture

In a world where everyone is a photographer, the revered photo agency is rethinking its role

Though artist collectives are all the rage today among Gen-Z content creators – just google “Hype House” or “influencer dorms” – not many creator-owned arts businesses have withstood the test of generations. Albeit noble in purpose, most of these member-led, profit-sharing hive models have flared up and died. Democracy and art are not the most comfortable bedfellows. (Just ask Fluxus.)

A notable exception is Magnum, the independent photo agency founded in 1947 by photographers Robert Capa, Henri Cartier-Bresson, George Rodger and David Seymour. What started as a way for a self-selected group of elite photojournalists to support each other through the wilds of the postwar media market has evolved into a global business writing a new chapter with a more outward-looking agenda. This includes a new consumer-facing Paris gallery that hopes to stake a larger terrain in the lucrative market of collectible photography.

Magnum’s overarching strategy is shepherded by Caitlin Hughes, who assumed the post of CEO in September 2019. Alongside her is photographer Olivia Arthur, Magnum president, who, along with all of Magnum’s voting members, holds sway over the company’s direction. Steering the gallery agenda are global exhibitions director Andréa Holzherr and Paris gallery director Samantha McCoy. Though Magnum’s roster is still majority men, it should be lost on no one that the executive ranks of the organisation long synonymous with grouchy old shooters in flak jackets are now majority women.

Times have changed since the close of the second world war, when war-ravaged territories were reopening and photographers experienced newfound freedom to roam the globe, and benefited from proliferating print supports. Today, an abundance of newspapers and magazines, once the most important clients of Magnum photographers, are facing industry-wide financial collapse. Everyone and their mother’s mother has a powerful camera in their back pocket, and they publish their snaps for free on social media. Exclusives are harder and harder to come by. “I pay our lawyers more by the hour than our photographers get for a couple of days on an editorial assignment,” says Hughes, who came to Magnum from the advisory firm Halios, Ltd. (Before that, she worked at McCann Erickson and Boston Consulting Group, in new media for the BBC – thank her, among others, for iPlayer – and she is a non-executive director of Juventus Football Club.)

If more people entering the field creates more competition for professional photographers, it also creates more interest in photography and greater visual literacy. Outside of journalism, “in the past decade, the photography community has really exploded, from festivals popping up everywhere to the book market,” says Olivia Arthur. Adds Samantha McCoy: “It’s an accessible market and allows us to work with new collectors. There’s so much potential.” In place of the dominance of Life and Time magazines, those who pay the big bucks include institutions such as London’s National Portrait Gallery; the Centre Pompidou, Paris; Deutsche Bank; and the Pinault Collection, as well as private über-collectors. The emphasis may have shifted, in some contexts, from gathering news on assignment to producing objects of beauty, but even non-journalistic photography remains a medium that chimes with reality. “The deeper story underneath the beautiful image; a passion for telling a story” is how Arthur defines Magnum’s point of difference today. Still, she complains of a “photo ghetto,” where the most enthusiastic consumers are still too often fellow photographers. “You go to these festivals,” such as Les Rencontres d’Arles, Photo London or Paris Photo, “and we all know each other’s work and buy each other’s books and go to each other’s talks. But at some point we got too inward and needed to look out. I’m keen on expanding our audience.”

Magnum is comprised of 42 full members who enjoy worldwide representation and voting rights on new recruits, four associates and 13 nominees (voted in by existing members; it takes a total of four years minimum to become a full member). Once you’re in, you’re in for life, which means in addition to new work, it has lucrative estates such as those of Burt Glinn and Robert Capa to license and sell. The agency has long had a presence at photography fairs, and an accessible ecommerce platform – most popular is the annual “Square Print Sale,” where, for the past eight years, 6in x 6in prints of estate-stamped or signed photos go on sale for just £100 apiece. But, with a social media reach of more than six million, they could do more to attract the uninitiated.

New opportunities for partnerships across different media are being explored, such as collaborations with musicians or chefs. There will be more online exhibitions and a stronger focus on curation. But evidently, a better bricks and mortar showroom is also a must. “Someplace where we can open the doors and invite people in,” Hughes says. “Make it feel welcoming and that people can have a direct connection with us.” Enter Paris.

I loved the fact that it was on a really interesting street where culture and art is moving. It’s not too precious, because Magnum isn’t precious”

Magnum’s previous address, on a small street just off the Montmartre Cemetery in the 18th arrondissement, was more of an office that occasionally opened its doors for exhibitions. The new space, in the 11th arrondissement (adjacent to the glitzy gallery circuit in the Marais, but scrappier), sits in a cobblestone courtyard like only Paris can provide, with a massive atelier window revealing the goings on inside. Fiona Naylor, the gallery’s interior architect as well as a Magnum board member shepherding the estate of her late partner Peter Marlow, had a hand in selecting the location. “We looked at 20-odd different buildings, and the key was great bones, as well as a good position in terms of other galleries,” she says. “I loved the fact that it was on a really interesting street on the eastern side of Paris where culture and art is moving. It’s not too precious, because Magnum isn’t precious.”

Rather than a white box, Naylor kept the exposed stone and beams, allowing layers of history to show through in the gallery – the first space you arrive in off the courtyard – as well as the library, which is visible between the exhibition walls, and the upstairs office and conference spaces.

McCoy’s first curatorial effort at the gallery, opening on 22 October, is a dialogue between Bruce Davidson, a longtime Magnum member, and 2020 nominee Khalik Allah – specifically Davidson’s series of photographs from the 1960s taken on one block of East 100th Street in Harlem, and Allah’s ongoing series shot on 125th and Lexington. “The idea was to juxtapose a storied name from Magnum with an up-and-coming one,” McCoy says. “It was important for me to launch the new space with a bridge between heritage and new works.” The following show will feature a re-release of Susan Meiselas’s 1972-75 series Carnival Strippers in colour for the first time, as well as images captured behind the scenes.

Arthur and Hughes are both keen to emphasise that the diversifying slate of Magnum photographers today – there are more women and non-white members than ever before, a trend that Arthur says started about 10 years ago and has become more conscious since the Black Lives Matter protests of 2020 – also includes diversity of practice. 2018 Nominee Sim Chi Yin has included spoken word performances as part of her Interventions body of work. Other photographers, notably including Allah, incorporate moving images.

Opening up to the public also means making Magnum photographers themselves more accessible. “We’re a living, working organisation,” says Hughes. “Our photographers and the community will be there, editing their work and discussing it. Some are not into it and some are. They’ve suffered a lot in lockdown, Zoom hasn’t been a compensation for not spending time together, and for many people, one of their main reasons for being in Magnum is the sense of connection. Photography can be such a solitary pursuit.” 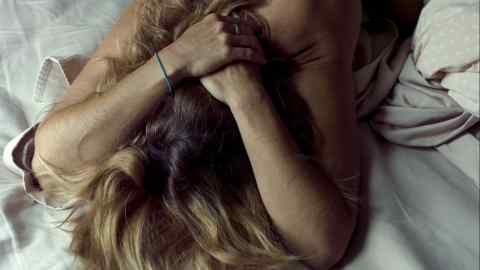 Magnum entering the gallery space in a more serious way could be seen as encroaching on the turf of the established international galleries that already represent many of its photographers. Except, as agents as well as exhibitors, Magnum gets its cut no matter where the work is sold. “Ultimately the art world is an ecosystem,” says McCoy, “and the important thing is to work together. One gallery can’t do everything.” Maybe not, but this is a good start.