Covid mission provides a boost for the vaccine industry

Renewed promise of jabs, and of mRNA technology, has revived a sector that had lost its lustre

Jump to comments sectionPrint this page
Newsletter: The Road to Recovery

Expert coverage of how business and the economy are recovering, post-pandemic. Delivered 3 times a week.

As worrying reports of a new, fast-spreading coronavirus variant ripped through the British media last year, setting the UK apart from the rest of the world and heaping more pressure on its National Health Service, the leader of one vaccine maker provided a salve.

Ugur Sahin, head of Germany’s BioNTech, which produces one of the leading coronavirus vaccines with Pfizer, said: “The beauty of the messenger mRNA technology is we can directly start to engineer a vaccine that completely mimics this new mutation . . . we could manufacture a new vaccine within six weeks.” And that would only be necessary, he added, if the original vaccine did not work against the Alpha variant.

Later evidence showed that the shot, along with others approved in the UK, held up well against the Alpha variant, which was first discovered in Kent. The UK’s vaccination campaign has since advanced so much that, even if case numbers are comparable, deaths today are a fraction of the total number of cases when compared with this time last year.

Yet, as Alpha has been superseded by the highly transmissible Delta strain — which has pushed infection rates to record levels and is threatening to revert these gains — manufacturers have returned to their labs.

Spurred by evidence that initial Covid vaccines may not work as well on Delta, and by the prospect of sizeable profits, manufacturers including Pfizer and Moderna are rushing to make and test Delta-specific shots before the end of the year. 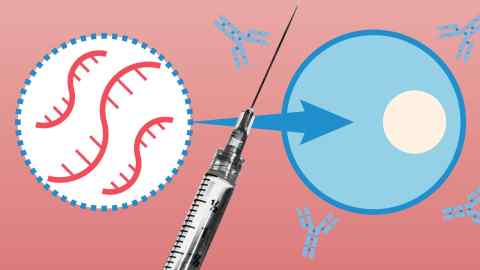 Observers say the renewed promise of vaccines, and of mRNA technology — which delivers instructions to cells to produce proteins — has revived an industry that had lost some of its lustre as other approaches were adopted to treat many infectious diseases.

“Although [mRNA vaccines] have always shown promise, the infrastructure and experience with large scale manufacturing wasn’t there,” says Adam Barker, an analyst at Shore Capital.

“The pandemic has seen governments invest and so share risk in the development of vaccines, which was key in speeding up the process.”

For one, Barker says, mRNA vaccines will enable cheaper, more rapid production of the shots, as well as quicker modification in response to new variants. There is also potential to target other diseases beyond Covid-19, he says, as existing non-mRNA vaccines have “limitations” in this regard.

Adenovirus-based vaccines, such as Gamaleya’s Sputnik V, Oxford-AstraZeneca’s and Johnson & Johnson’s, for example, are limited by how much information they can hold and what the vaccines can be instructed to do, Barker points out. Meanwhile, other vaccines, such as the one developed in Cuba, require proteins to be grown externally. When multiple subunits come together to form one protein, it is difficult to manufacture them in a stable form, he says.

“The use of mRNA vaccines addresses both problems because you’re giving an instruction to a human cell to manufacture the protein for you internally,” Barker explains.

Companies such as Moderna and BioNTech are respectively aiming to experiment, or are already experimenting, with possible mRNA-based vaccines against HIV, for which there is no vaccine currently available, and malaria, for which the existing inoculation offers limited protection that wanes over time.

However, in spite of tens of billions of dollars of public investment fronted by many developed economies, access to coronavirus vaccines at a global level remains limited — even with orders at a record high and manufacturing expanded on an unprecedented scale.

According to the World Health Organization, only 20 per cent of people in low- and lower-middle-income countries have received a first dose of vaccine, versus 80 per cent in high- and upper-middle income countries.

The WHO is among those backing Covax, a procurement scheme that uses a mixed approach to funding to help subsidise the costs of vaccines to poorer nations. However, earlier this month, it cut its vaccine supply forecasts for 2021 by a quarter, as export bans, manufacturing problems and delays in approval hit its targets.

The programme will fall short of its goal to deliver 2bn vaccines this year, with a total instead of 1.4bn shots. Covax has also encountered difficulty in making progress as many countries have instead chosen to negotiate bilaterally.

The People’s Vaccine Alliance, a campaign group, estimates the cost of vaccinating the world could be at least five times cheaper if pharmaceutical companies, including mRNA vaccine makers, were selling their shots at cost. Wider production should drive costs down, they reason, enabling companies to charge less. But companies have instead raised prices.

Campaigner concerns are echoed by top global health officials. Mariângela Simão, the WHO’s assistant director-general for access to medicines, says that increased efficiency in production lines “would, in a normal market situation, lead to a decreased price, not increase in price”.

“What we have clearly is a market where the demand is very high in comparison with the production,” she says, “and the WHO urges companies to keep prices down . . . There are many countries around the world that cannot afford any higher price right now.” 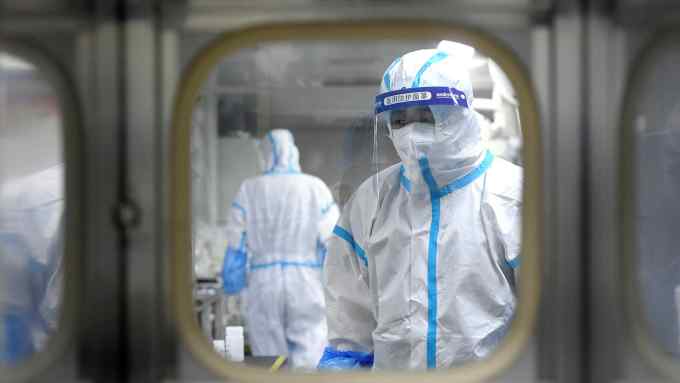