If you think the same, join us
How To Spend It Style

How I Spend It: Massimo Alba dresses Bond, but his heart belongs to Fellini

The menswear designer on his life-long obsession with the cinema

As told to Stephen Short. Illustration by Celina Pereira

I’m a big-screen person, and I’ve followed with horror the worldwide erosion of the cinematic experience. More power to Netflix but I worry about the post-pandemic scenario for movie theatres. The cinema auditorium is irreplaceable: the screen, the sound, the immersive experience, the inability to “press pause” – we’re not in charge in a theatre.

My love for cinema began in the mid-to-late 1960s, when I was still a child, and my father took me to see a revival of The Bridge on the River Kwai. There was the enormous screen, the breathtaking architecture of David Lean’s shots, William Holden’s roguish charm, and the quiet charisma of Alec Guinness. And of course that unforgettable tune, whistled by the prisoners. I remember coming out into the bright late-afternoon light, whistling in the streets, like one of those brave men I had just seen in the movie. I remember my father’s smile, watching me. I learned many years later that the scene was created by chance – the extras couldn’t march properly in time, Lean got mad and someone began to whistle an old military march.

Never ask an Italian if they prefer Fellini or Antonioni; it’s like asking who they love more, their mother or their father

The one city where you can still easily see films in beautiful old cinemas is Paris; here in Milan, much less so. So many of my favourite cinemas have been turned into something else – a huge store, a garage. The city is now losing the majestic Odeon, a 1929 art deco masterpiece. It’s heartbreaking, really. I like the tiny art-house theatre Cinema Mexico not that far from my studio, where they have held their weekly The Rocky Horror Picture Show night since 1980. It still sells out; they’re heroes. I also like Anteo, a multiplex where you can catch lots of independent films.

As a fashion designer, I pay attention to costume. I love the fashion in the Hitchcock canon. Can you beat Grace Kelly in Rear Window? For menswear, people rightly obsess over Cary Grant’s suit in North By Northwest but I like that looser, happier Grant on the French Riviera in To Catch A Thief. My “Hitchcock moment” would be the umbrella scene in Foreign Correspondent: Joel McCrea in a raincoat and bowler hat, a staircase, a wide shot of the umbrellas glistening in the rain. It lasts 60 seconds: an assassination and a chase on foot in the traffic – absolutely breathtaking.

I haven’t seen the new Bond movie, No Time To Die – in which Daniel Craig wears my baby-corduroy suit and duster coat – in full yet, but it is definitely one to watch on a big screen. Craig plays Bond as a man who feels entirely at ease in his own skin. He has a personality and an aesthetic that don’t call for exaggeration or pretence. The desert-tinted suit brings a new charm to the character, stripping him free from his infamous formality and stiffness.

In terms of Italian film, I love anything costume designer Piero Tosi worked on: Senso; Bellissima; Yesterday, Today and Tomorrow; Death in Venice; The Night Porter. The grand ball at the end of Luchino Visconti’s The Leopard is a highlight among many.

How To Spend It
How I Spend It: Eddy Grant on music, masonry and ‘magic spaces’ 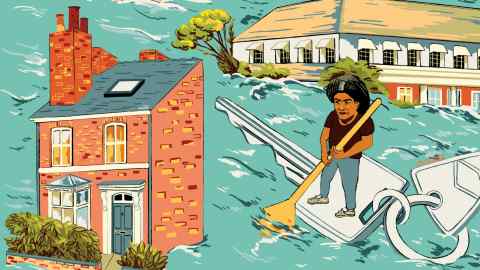 Never ask an Italian if they prefer Fellini or Antonioni; it’s like asking who they love more, their mother or their father. Both changed the way we experience cinema – they changed the way we experience reality. Antonioni’s Blow-Up might be the greatest fashion film ever. People remember the flashier moments – the models, the murder – but I remember the quieter ones: the battered Nikon F in the Rolls-Royce glove compartment, the silence in the darkroom.

But if really pushed, I’m a Fellini man. I’m fascinated by La Dolce Vita’s languid beauty, and its ending – do we really listen to the people around us? La Strada breaks my heart, and Amarcord pinpoints key experiences in our lives; the joy of childhood, the confusion of adolescence, the fear of middle age and the loneliness of old age.

For leading ladies, what Anna Magnani does – I don’t know what it is. It sure doesn’t look like acting; it’s life happening in front of a camera. No artifice. Cinema disappears, and there’s only truth. I’m not sure anybody else, man or woman, has surpassed that yet.