If you think the same, join us
Special Report Sustainable Food and Agriculture
See all 68 stories
Organic food

Organic farming’s growth only part of answer to food sustainability

While only a tiny proportion of the world’s agricultural land is devoted to organic farming, some argue that it punches above its weight in contributing to more sustainable farming practices.

“Its influence goes far beyond the 1 per cent of land that is managed organically,” says Verena Seufert, assistant professor at the Institute for Environmental Studies at VU University Amsterdam. “It is influencing the debate by highlighting food sustainability and how big an impact the food we eat has on many of our environmental problems,” she says.

Yet while some believe that organic agriculture could play a bigger role in helping feed the world, environmental advocates see it as one option in a number of more sustainable approaches to farming.

Farming that is certified as organic or Fairtrade can contribute to sustainable development by helping smallholders in poor rural areas to improve farm management and access training to increase the quality of what they produce.

The International Food Research Policy Institute found that, globally, farmers who participate in such certification schemes are 30 to 33 percentage points more likely to receive training and support services from agricultural extension officers (and 46 percentage points in households headed by women).

Organic approaches such as nutrient recycling (which uses organic waste as a fertiliser) are also important in parts of the world where producers cannot afford conventional agricultural inputs.

“In Africa, farmers are organic by default because they don’t have access to chemicals,” says Michelle Deugd, director of agriculture at the Rainforest Alliance. “In those circumstances, the organic approach allows farmers to make optimum use of the nutrients available in their systems.”

While organic is unlikely to become a dominant form of agriculture, in some countries it is occupying greater proportions of farmland. It accounts for more than 10 per cent of agricultural land in 11 countries — including Austria, Italy, Czech Republic and Finland — according to FiBL, an organic research institute.

This is also true in Latin America, says Ivette Perfecto, a University of Michigan professor of ecology, natural resources and environment whose recent work has focused on Mexico and Puerto Rico. “Especially in the bigger cities, you see an increase in the amount of food that is certified organic in the supermarkets,” she says. “Ten to 15 years ago that was unheard of in Latin America.”

Video: On the ground with farming's robot revolution

In a paper she worked on in 2017, comparisons of the performance of organic farming with conventional equivalents found that organic yielded 19 to 25 per cent less produce. The study discovered that organic farms performed worse than conventional ones on some environmental factors, for example because lower yields could lead to damaging land clearance.

Prof Perfecto points out that even if yields are lower for individual crops, smallholder farmers who use organic systems often grow a number of additional plants — from coffee to beans, squash or fruit trees — on the same land, increasing its overall productivity.

“If you compare maize production in organic versus non-organic fields, the organic fields might show a reduced yield. But farmers are producing other things,” she says. “That is food as well.”

Meanwhile, interest is growing in agroecology, which combines traditional farming with scientific knowledge and focuses on the interactions between plants, animals, humans and the environment. Last year, the UN Food and Agriculture Organization launched an initiative designed to scale up agroecology to help meet the Sustainable Development Goals.

Ms Deugd argues that organic farming is one element in this broader approach, which includes many of its practices and principles but without necessarily being certified as organic. “There are sustainable farming options where moderate use of agro-chemicals can increase productivity and still be sustainable,” she says. “[Organic] is one of the options and it’s relevant, but it’s not the sole solution.”

Get alerts on Organic food when a new story is published 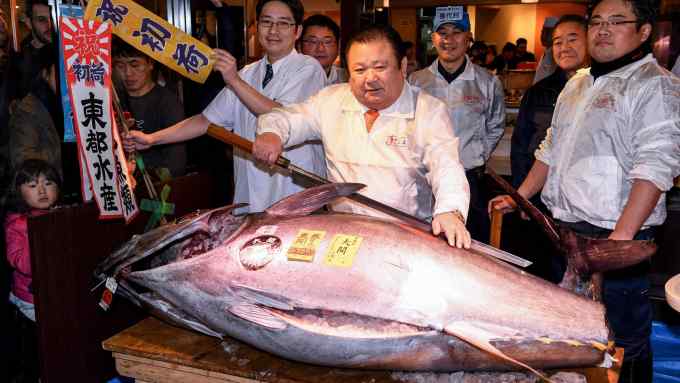