ETF investors who buy global emerging market equities might think that they are getting broad exposure to the developing world, but research shows this is far from the truth.

Instead, much of their money is being funnelled into nations that are arguably no longer “emerging”, having already reached developed status in the eyes of many, and the bulk of it is concentrated in just three countries.

Asia accounts for a colossal 78.3 per cent of the MSCI Emerging Market index, the most widely used EM benchmark, and China, Taiwan and South Korea alone now account for 63.5 per cent, according to data from Renaissance Capital, an EM-focused investment bank.

The current situation is in stark contrast to June 2008, for example, at the peak of commodity cycle and just before the eruption of the global financial crisis. At that time, Brazil had the largest weighting in the MSCI index, of 17.6 per cent, and the seven largest countries, spread over four continents — South America, Asia, Europe and Africa — had a combined weight of 78 per cent, according to Geoff Dennis, an independent commentator.

Taiwan and South Korea now constitute almost a quarter of the benchmark, and are “countries that most people would consider not to be emerging markets at all”, said Mr Dennis, pointing out that their GDPs per capita — at $31,430 for South Korea and $24,827 in Taiwan in 2019, according to IMF data — are both ahead of the $23,030 clocked up in the same year by Portugal, which is considered a “developed” country.

“Approaching two-thirds of the index is China plus Taiwan and Korea,” said Daniel Salter, head of EM equity strategy at RenCap. “Depending on how you view things, these are relatively safe economies, relatively high tech and relatively dissimilar to what many people would consider to be emerging markets.”

China alone makes up 39.1 per cent of the index, a level of single-country dominance never witnessed before — the highest achieved by any other country was South Korea’s peak of 24.2 per cent in 2002, according to RenCap’s data.

Part of its ascent is due to MSCI’s decision to start including mainland Chinese-listed stocks, known as A-shares, in the index, alongside those listed in Hong Kong and New York-listed companies such as Baidu, NetEase and Alibaba. But even after the completion of the process of adding Shanghai and Shenzhen-listed A shares late last year, these stocks still only accounted for a little over a 10th of China’s weighting.

The rise in market capitalisation of Hong Kong and US-listed Chinese companies, vis-à-vis other emerging markets has been a far more important factor.

China’s weighting has even risen markedly since the start of the pandemic, adding 4.8 percentage points in the first six months of 2020 from its 34.3 per cent weighting at the start of the year. This was thanks to the MSCI China index gaining 2.8 per cent in dollar terms, even as every other country in the benchmark lost money.

It’s working out OK at the moment . . . but it does mean that the rest of the emerging world is squashed into one-third of the index

Indeed, fortuitously for investors in vehicles tracking the MSCI EM benchmark, China, Taiwan and South Korea were the three best-performing index constituents in the first half, with the latter two only slipping 1.7 per cent and 7.8 per cent respectively. The overall index fell 10.2 per cent, with India tumbling 16.7 per cent, Russia 23.3 per cent and Brazil 37.3 per cent.

While investors have gained this year from their outsize exposure to China in particular, and east Asia in general, that will not always necessarily be the case.

“It’s working out OK at the moment,” Mr Salter said. “These countries have dealt with coronavirus and are coming out if it with very few problems, in terms of their economies. But it does mean that the rest of the emerging world is squashed into one-third of the index.”

Diversification, commonly described as “the only free lunch” in investment, does seem to be a thing of the past. Mexico’s weight in the index has fallen to an all-time low of 1.9 per cent, a far cry from the 13.2 per cent it reached in 1997, according to RenCap’s data. Indonesia is just 1.6 per cent, the lowest level since 2009. Brazil sits at 5.1 per cent, a fraction above the all-time low it hit in April but a shadow of the 16 per cent-plus levels it reached in 2010, while South Africa, once comfortably in double digits, has tumbled to 3.8 per cent.

Turkey, Hungary, Argentina, Peru and Colombia have shrivelled to between 0.2 per cent and 0.4 per cent of the index, meaning they are essentially irrelevant to the return of passive funds tracking the MSCI measure. This is even more so for Pakistan, now a microscopic 0.02 per cent.

“By following the EM index, investors are really not getting a good representation of developing or emerging economies and are getting far too much Asia,” Mr Dennis said.

It is higher, at 28.9 per cent for JPM’s GBI-EM GD index of local currency EM government debt, and even more so for the CEMBI BD measure for hard currency corporate debt, at 39.1 per cent, but still not at anything approaching the extreme levels of the MSCI benchmark.

Sebastien Lieblich, global head of equity solutions at MSCI, said in a statement that investors were “free to choose which indices to use and for what purposes, based on what best suits their investment expectations, objectives and constraints,” and that MSCI did not advise its clients on which index they should adopt, or make recommendations to invest in any vehicles tracking its indices.

He added that MSCI’s index construction methodology was “fully transparent, rules-based and publicly available”, and any changes were subject to consultation.

Gary Greenberg, head of emerging markets at Federated Hermes, argued there were both “advantages and disadvantages” to the current Asia-centric composition of the MSCI index.

On the plus side “the development of Asia in terms of its proportion of the index is a function of population size, economic model and intelligent policies”, he argued.

The downside, though, is that investors are missing out on potential opportunities. This year’s sell-off in both stock markets and currencies in countries such as Indonesia, Mexico, Brazil, Peru and “perhaps” Turkey has created “dramatic opportunities” for benchmark-agnostic active managers, an option largely denied to funds tethered closely to the index, Mr Greenberg said. 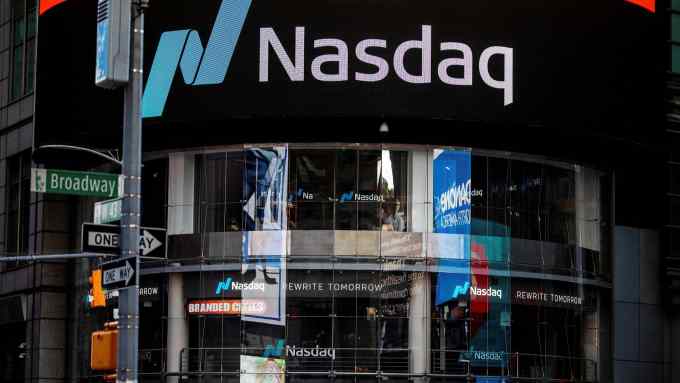