A dark year has been kind to my portfolio

Sticking with some old favourites has paid off
John Lee 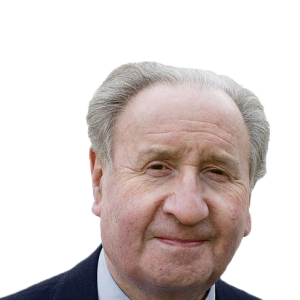 Though we were faced at the time with a flood of depressing news stories, I predicted that those businesses strong enough to survive the disruption from Covid-19 would benefit from an explosion of pent-up economic activity and a surge in share prices.

On the basis of that view I stayed with all my major holdings, added to some, and bought into some newer ones. Thanks to the UK’s successful vaccination programme, it now seems we are coming out of a long, dark tunnel, with stock prices responding. My combined Isa and non-Isa portfolios are around an all-time peak.

Many of my larger holdings have powered ahead, underscoring Templeton’s mantra. My “add-ons” have also done well. I bought shares in Vitec, which supplies products to the film and broadcast industries, at £6.40 last May; it is now £13.50. My new holding, insurer Aviva, bought at 241p, is now 412p; and media company STV has gone from 221p to 335p.

It is thus also a propitious time to be looking at the first anniversary set of results from a private competition I devised in June 2020 with my good friend and fellow Richmond resident Philip Swatman.

We came up with “The Richmond Challenge” and “The Richmond Bowl” (FT Money, August 1 2020) as a test of whether my UK small-cap philosophy would fare better or worse than his strategy of selecting technology and tomorrow’s companies, particularly those with models that can be rolled out globally with only a modest capital investment. The prizes — judged on the performance of five selections for each of the two tests — are a case of wine over three and five years for the Challenge and dinner for the Bowl.

For the Bowl, he chose Games Workshop (the war games retailer), Softcat (IT infrastructure), Team 17 (video games), Temenos (banking software), and Ten Entertainment (a bowling operator). Here he achieved an even better overall 36 per cent growth with Softcat his best individual at 62 per cent.

There is a long way still to go in the competition, but so far I have been somewhat more fortunate. My selections for both competitions were Anpario (animal feed additives), Cerillion (global telecoms services), Concurrent Technologies (defence-led tech); Lok’nStore (self-storage) and finally Treatt (flavour and fragrance producer) — all very significant actual holdings of mine. With dividends added (as Philip’s were) they delivered 76 per cent over the 12 months.

Two of my five have been absolute stars. Treatt is up more than 120 per cent and Cerillion up not less than 150 per cent, both on stunning results and upward re-ratings. Anpario and Lok’nStore were pleasingly up 55 per cent and 28 per cent respectively. Treatt is a great growth story with hopefully more good news to come. Its major new facility at Bury St Edmunds will soon come on stream and the purchase of an additional six acres at its Florida base will support buoyant US growth.

Cerillion, a provider of essential services primarily to the global telecom sector, is a much more recent purchase, which came to the market by way of an IPO in 2016. Having met its major shareholder and driving force Louis Hall, who had led its buyout from Logica, I formed a very favourable view of him and of Cerillion’s prospects. I bought at 84p and added more between 155p and 173p in 2019. Today it is at 780p on the back of large global contracts, plus a 20 per cent interim dividend increase.

My only negative of the five has been Concurrent Technologies, which is down 14 per cent despite trading quite well and increasing its dividend. Incoming chief executive Miles Adcock, with a background in large international technology companies, will be taking the reins of a highly regarded, cash-rich, niche company. I look forward to meeting him in due course and regard this still as one to watch.

Outside the competition I have three holdings, Air Partner (air chartering), Appreciate (incentive gifts) and Christie (professional services), which have not yet progressed as I hoped, with activity at all three depressed by the pandemic. As restrictions ease and commercial activity and travel pick up, trading should bounce back from the second half of the year onwards.

Appreciate has just announced an important new partnership with PayPoint, thus offering access to digital gifting via the latter’s 28,000 locations. I confidently expect the share prices of all three to be significantly higher this time next year, assuming no more lockdowns.

Finally, although the recent spate of private equity bids has so far passed me by, I would not be surprised to be on the receiving end of one before too long. However, their merits — or otherwise — are for another article.

Lord Lee of Trafford is a private investor and author of “Yummi Yoghurt — A First Taste of Stock Market Investment”. He is a shareholder in the companies indicated