Are academics lagging in debate on the future of business?

It is 60 years since rival reports funded by the Ford and Carnegie foundations painted most US business schools as little more than glorified vocational colleges; strong on management practicalities but lacking the deep research focus that was the mark of serious academic institutions.

“Business educators in increasing numbers are recognising that it is insufficient to transmit and apply present knowledge. It is the function of higher education to advance the state of knowledge as well,” argued Robert Gordon and James Howell in their Ford Foundation-backed report: “A professional school of business that aspires to full academic status must meet this test.”

The 1959 findings prompted business schools to take research more seriously, but the tension between theory and practice has not been resolved since. Now, as academics try to find their place in the debates convulsing companies and investors about how to make capitalism more inclusive, both rigour and relevance are vying with a third priority: responsibility.

When an international task force drew up the UN’s Principles of Responsible Management Education in 2006, its authors observed that no attempt to transform business education would succeed without challenging the research paradigms which dominate teaching in business schools.

A review of the research submitted to the FT for the Responsible Business Education special report shows how much progress has been made on these newer subjects since then.

You can count on the fingers of one hand — at most, two — the number of finance professors at big business schools who think that sustainability is a credible subject

The selections show work focused on impact in the real-world, from BI Norwegian Business School’s studies that align with UN Sustainable Development Goals to the study by Nancy Landrum of Loyola University, which showed how few sustainability courses prepare business people for the realities of climate change.

Yet some of the professors say research is often still lagging, rather than leading, the changes capitalism is undergoing.

“You can count on the fingers of one hand — at most, two — the number of credible finance professors at big business schools who think that [sustainability] is a credible subject,” says Bob Eccles, visiting professor of management practice at the University of Oxford’s Saïd Business School.

“Unless some brand label of sustainability is what they established their reputation for, they’re not going to change,” he says of others in the academic establishment. For those still making their name with a research focus that does not fit neatly into mainstream disciplines such as strategy, management, finance or marketing, he adds, “penetrating the core of the research establishment in business schools is hard”.

When Tensie Whelan, the former president of the Rainforest Alliance, joined New York University’s Stern School of Business, it was on condition that it establish a centre to support serious research into sustainability.

Now she is running Stern’s Centre for Sustainable Business, she says: “I’m looking at designing research that will help us best understand how to best design the next stage of capitalism.”

One highlight of that work is a novel methodology called Return on Sustainability Investment, which shows empirically which factors drive sustainable business performance.

Prof Whelan has also turned her research focus on research itself. In a soon-to-be-published journal article, she and Stern colleague Tracy Van Holt analyse about 65,000 academic publications to assess whether research reflects the same level of focus on embedding sustainability into core company operations that we now see in the business community.

There had been a visible increase in the number of such studies around 2015, they found, but they concluded that research was still not addressing this question comprehensively.

One hurdle is the importance of getting research accepted by prestigious journals. In 2006, the UN task force concluded that as long as top journals retained their “natural predisposition” against topics outside their traditional purview, “it would be ill-advised for junior faculty to invest in alternative research paths, as doing so could jeopardise their ability to reach tenure”.

The publication hurdle is still high, Prof Eccles says: “For people to get promoted they need to get published in the top journals, and that’s hard.”

Such concerns have, however, brought about several initiatives designed to advance research which offers benefits for society.

One example is the Australian Research Council’s Engagement and Impact Assessment. Another is Responsible Research for Business and Management, a network dedicated to supporting “credible knowledge that is ultimately useful for addressing problems important to business and society”.

As Prof Eccles notes, some of the best research on the current shifts in capitalism is now coming from accounting firms, consultancies and non-profit organisations. That may provide business school laggards with a spur which any of their professors would understand: competition. 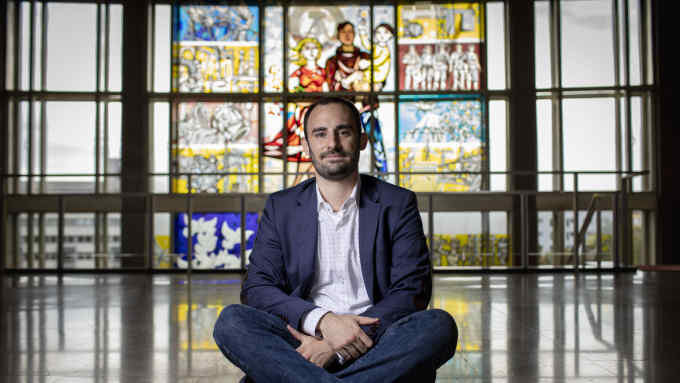